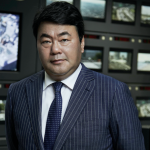 The appointment of the long-serving Nakayama, a Nippon board director and operating officer, comes as the commercial broadcaster claimed revenue and sales at the IBD unit reached “an all-time high”.

Current IBD president Atsushi Hatayama will continue in his post, which he has held for a year, and now reports directly to Nakayama.

Nakayama has been with the broadcaster since 1983. He was a foreign news reporter for 20 years, before becoming chief producer of Nippon’s programming division, overseeing core new programmes.

He was promoted to president of business development in 2014, while also holding various other positions within the company.

Nippon’s key format is Dragon’s Den, which has been adapted in more than 30 territories, including for BBC Two in the UK and ABC in the US, where it’s known as Shark Tank.

Nippon also owns SVOD service Hulu Japan, and operates channels ventures such as a partnership with Sony Pictures Television Networks, through which thematic network GEM was launched in Japan.