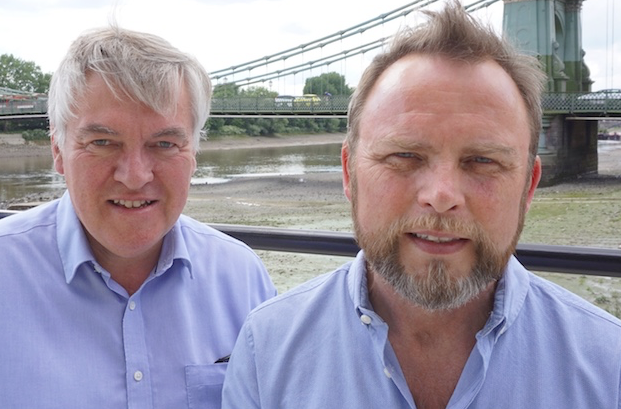 ZDF Enterprises (ZDFE) has made its first investment in the UK production market, taking a 32.5% stake in factual-focused World Media Rights (WMR).

Adjacent to the deal is a board restructure at Blacks Ops producer WMR, with David McNab (above right) and ZDFE VP of corporate and portfolio strategy Tanja Meier-Sieden joining existing members.

He counts Channel 4’s In the Shadow of the Moon and BBC Two’s The Hidden Life of the Cell as credits.

ZDFE, the commercial arm of German pubcaster ZDF, has previously sold WMR series such as Evolution of Evil.

Alan Griffiths (above left) founded WMR ten years ago, and established in the indie as a UK supplier of history and military programming for the likes of Netflix, Reelz Channel and American Heroes Channel.

ITV Studios Global Entertainment currently has a first-look deal with WMR, but rights distribution will switch to ZDFE when this lapses.

The deal is subject to approval from the German federal cartel office, the Bundeskartellamt.