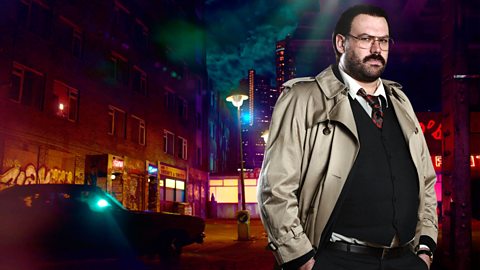 Endemol Shine Group has created a production company with the team behind BBC Three comedy Murder in Successville.

Shiny Button will be an independent label within Tiger Aspect Productions, and will form part of Endemol Shine UK.

The firm will develop and produce original entertainment programming for TV and feature films. It will work with comedy talent in the UK and US, working on in-house developed and third party content.

Murder in Successville (pictured) trio Andy Brereton, James De Frond and Tom Davis are behind Shiny Button, and already have a commission in the bag.

Action Team will be a six-part spy spoof comedy for UK digital terrestrial channel ITV2,  following a team of special agents working for the British government.

“Andy, James and Tom are a unique creative force brimming with ideas,” said Endemol Shine UK CEO Richard Johnston, adding: “They have proved their collaboration brings something totally original to the TV landscape.”

Murder in Successville is a BBC Three comedy in which public faces are thrown into murder mysteries in a town inhabited by celebrities. Davis plays a detective inspector who works with the person to catch the culprit.

Davis is an actor and stand-up comedian, who has appeared in series such as Plebs and The Morgana Show. He will remain represented by Independent Talent following Shiny Button’s creation.

Brereton is Tiger Aspect’s head of comedy entertainment, having joined the company in 2012. He has also worked on shows for the BBC, 12 Yard Productions and TalkbackThames.

De Frond directed and co-writes Murder in Successville, and has worked on comedies such as Keith Lemons Brilliant World Tour and A Bear’s Tail, plus The Morgana Show.