New editor for TBI and TBIvision

Jesse Whittock has been promoted to editor of Television Business International (TBI) and TBIvision.com. 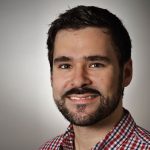 Whittock has been at TBI for four years, joining as deputy editor in early-2013 from TTG Media, publisher of the Travel Trade Gazette.

In his new role he will oversee TBI’s print offering, including the popular MIPTV and MIPCOM editions and the TBI Kids, TBI Formats and TBI Scripted brands, as well as the TBIvision.com website.

He will also lead the video and podcasting efforts, as well as launching new initiatives and products.

Prior to TTG, Whittock was at C21Media, where he covered the kids content business and the wider international TV industry.

He replaces current TBI editor Stewart Clarke, who is moving to Variety.

“It’s been great working with Jesse, he is a terrific journalist and editor,” Clarke said. “As well as generating news and features, he has taken the lead on the launch of TBI Scripted and the TBI Podcast and established them as successful new products.”

He added: “Jesse is currently recruiting and adding to the team, and I know that he will build on TBI’s reputation for breaking news and producing in-depth features and analysis. I’m leaving TBI in great hands.”

“I’m thrilled to be named editor of a respected title such as TBI and plan to build on the team’s fantastic work and to help it reach new heights,” said Whittock. “We are hiring new staff and will soon launch fresh and exciting products as we continue to grow both market share and our reputation as the leading source of news and analysis for the international TV market.

“Stewart has been the face of TBI for well over a decade, and Variety will be gaining one of the top talents in TV trade journalism when he joins them next week. We all wish him the best of luck.”