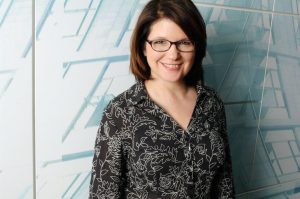 A+E CEO Nancy Dubuc told staff Bennett had informed her of the plan to launch a new business earlier this spring.

She also ran the LMN network before moving to lead flagship channel History to replace Dirk Hoogstra during a period where ratings were flagging. There she oversaw a major push into scripted programming through series such as Roots and Six, and helped the network back into growth.

A+E is searching for a replacement, but in the meantime,

“I am enormously grateful for the leadership, passion and commitment she has brought to A+E Networks,” Dubuc wrote in a note to staff. “Please join me in wishing Jana all the best in her new endeavor.”

“When I came to the US to launch FYI and run LMN, I had no idea I would end up staying on to lead History,” said Bennett. “I’m very thankful to Nancy for giving me such amazing brands to run and I am hugely proud of what the talented teams at all three channels have achieved.

Now that History is back to growth, it’s time for me to start my next chapter. This was a difficult decision and Nancy was incredibly understanding about my desire to spend some of my time in the UK.

“Having been lucky enough to have worked in media on both sides of the Atlantic, I’ll be leaving later this summer to set up my new venture based here and in London.”