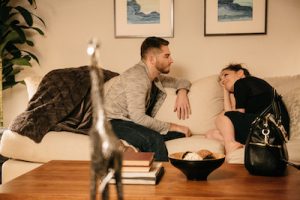 The AMC Networks-owned service has given the straight-to-series greenlight to The Chances, which is billed as a comedy-drama written and performed deaf actors Shoshanna Stern and Josh Feldman.

Traditional broadcasters have been attempting to reach millennial audiences and so-called ‘cord-nevers’ through SVOD services that offer exclusive original programming.

For example, CBS All Access recently launched The Good Fight and is gearing up for Star Trek: Discovery, while NBCUniversal comedy platform Seeso has commissioned a number of titles.

The Chances will follow Stern (Weeds, Jericho) and Feldman as a pair of best friends, one of whom is newly engaged and the other trying to get over his ex-boyfriend.

Super Deluxe and Killer Films will coproduce the 6x30mins series, which is based on a series of shorts that played at the 2017 Sundance Film Festival.

“When we first saw the shorts at the Sundance Film Festival, we instantly fell in love with the chemistry between Shoshannah and Josh,” said Owen Shiflett, VP, development for Sundance Now. “The show strikes a beautiful balance of being thoughtful, endearing and funny – all at once. Sundance Now’s independent spirit and dedication to championing new voices make it the perfect home for The Chances.”

“Super Deluxe was founded to foster and amplify diverse auteurs and voices,” said Wolfgang Hammer, president of Super Deluxe. “We invest in artists who have something unique to say about the world, and we wholeheartedly believe that taking creative risks together leads to a meaningful payoff.”

Sundance Now, a cousin of cable channel SundanceTV, is offered to subscribers for US$6.99 a month or an annual US$59.99.