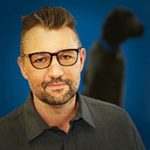 Canada’s Proper Television is in mourning after the unexpected passing of Guy O’ Sullivan, its founder and president.

O’Sullivan launched the company in 2004 and had success with local versions of formats such as CTV’s MasterChef Canada and original series, including Vegas Road Rats for Discovery Channel. He died over the weekend.

“It is with great sadness that we share the news of the sudden passing of Guy O’Sullivan, president, Proper Television,” the Toronto-based company said in a statement. “On behalf of everyone at Proper Television, we extend our sincere condolences to his children and family.

“Guy had a tremendous impact in the Canadian and international television industry, and was adored by his colleagues and staff. Out of respect for the family, no further comments will be made.”

As well as moving Proper into international distribution through the acquisition of BuzzTaxi in June 2013, the Britain-born O’Sullivan executive-produced various series for broadcaster Bell Media, including MasterChef, Canada’s Worst Driver, Tougher Than it Looks?, Last Stop Garage and Blood, Sweat & Tools.

“Guy’s passing is a tragic loss to Canada’s production community, and everyone here at Bell Media,” said Randy Lennox, president of Bell Media. “Guy was an incredibly bright, charming, generous, and well-loved friend to all who knew and worked with him.

“In addition to his work on CTV’s MasterChef Canada projects, he helmed many of Discovery’s success stories for the last dozen years – more than half of the network’s history – developing personal friendships along the way. His work has made an indelible impact, and he will be dearly missed.”

O’Sullivan began his media career as a print reporter before becoming a producer and director at UK pubcaster the BBC. He then moved to Canada, where he launched Proper.

The company added in its statement: “Please be assured that the company will continue to operate as usual, and that all our productions and business relationships are able to move forward as planned.

“Guy recognised that good television is the product of strong dedicated teams of talented people, and everyone at Proper is committed to honouring his legacy by continuing to create television we can all be proud of.”