Miguez has been hired from BBC Worldwide’s US Hispanic and Latin American operation. Also a former SPT exec, he will be based in Miami and work as executive director of sales for Latin America and the Hispanic US.

Joining him in Miami is Lozano, who is a former sales exec at RCN in Colombia.

Lee will work out of South Korea as executive director, sales for Japan, Korea and regional formats in Asia. Previously at Endemol Shine International, she will now report to Singapore-based Julius Toh, FNGCD’s VP, content distribution for Asia Pacific.

Another Endemol Shine exec, Davis, will oversee a newly-created deal and rights management unit in London. At Endemol Shine, which like FNGCD counts 21st Century Fox as a parent, she was commercial director of music.

Long-serving Rowley, meanwhile, has been promoted to executive director, sales for Northern Europe and Africa, while Szwedkowicz has been upped to VP, sales for the Central and Eastern Europe and Middle East and Africa regions. She will manage sales activities and a regional team spread across London, Moscow, Warsaw and Istanbul.

On the operations side, Oarton has been hired as manager of a London-based finance team. He will be VP, finance, overseeing all financial planning and reporting. 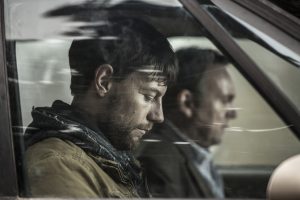 Previously, he was VP, financial planning and analysis for Comcast-owned NBCUniversal International Production.

FNGCD launched last year, as TBI first reported in October, under Prentiss Fraser, who has since been promoted to executive VP and managing director.

“Twenty-sixteen was a stellar year for our business and as we continue to expand the representation of content and formats from our global channels, it’s important that our infrastructure can evolve to support that growth and offer our clients an efficient, first class service,” she said.

“With these new people now in place and two of our long-serving team members recognised for their contribution, we are firing on all cylinders. I look forward to driving this business forward in 2017 with continued growth, as well as successfully bringing to market all the incredible new programming that we have lined up for this year.”