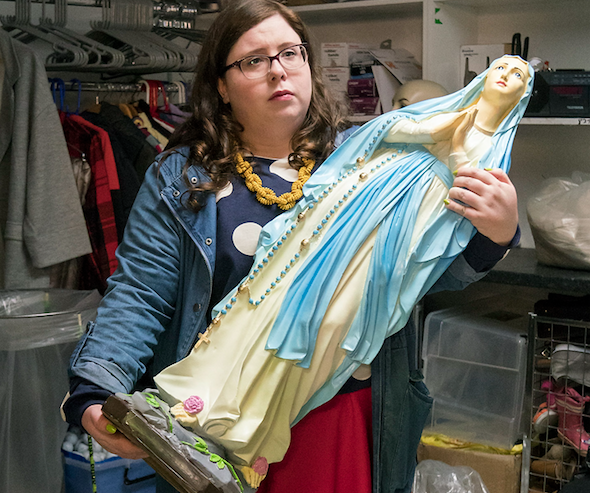 The BBC’s commercial arm has taken rights to Nowhere Fast, which Deadpan Pictues (Can’t Cope Won’t Cope) is producing with support from local body the BAI and Section 481 tax credits.

“Set in rural Ireland, Nowhere Fastis all about the misadventures you get up to in your twenties, with a unique take on life in a small town,” said Gemma Brandler, BBCWW’s manager for comedy. “Alison has a fantastic ear for millennial dialogue and we believe that her voice will resonate with audiences the world over.”

Over in Amsterdam, distributor Lineup Industries has secured remakes of its feel-good social experiment format Radio Gaga in Spain, via Movistar, Denmark (on DR) and the Netherlands (NPO3).

The format, in which two hosts take a mobile radio station on the road to learn about local communities, is also going into a third season on VRT in Belgium, with De Chinezen producing for the Canvas channel.

A second season of the doc, which is billed as a “a terrifying, intimate and epic portrait of the migration crisis”, has been commissioned by the BBC.

Also at the UK public broadcaster, BBC One has ordered a second season of Ton Hardy-fronted drama Taboo.