Blue Ant Media has brought in ex-Tricon exec Nick Solowski as head of sales and acquisitions at its international division. 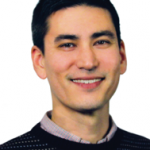 In the Toronto-based role he will run the sales operation across Canada, US-Hispanic, Latin America, Iberia and Australasia.

In other changes at Blue Ant International, the distribution arm of the Canadian programmer and channel operator, Kate Blank has been upped to senior director, international sales, covering Asia, France, Germany and central and eastern Europe.

Solowski was previously at Tricon Films, the Canada-based producer and distributor that filed for insolvency late last year.

“With over a decade of film and television industry experience, Nick brings to the table a proven track record in creating strategic partnerships between producers and content buyers,” said Solange Attwood, senior VP, Blue Ant International.

“Nick’s multi-platform expertise, coupled with his deep relationships with buyers around the globe, will help drive our sales and coproduction growth internationally.”

Prior to Tricon Solowski was at Spafax and Alliance Atlantis.

Blue Ant International’s international slate include Zig Zag-produced I’ve Got Something to Tell You, Our House Media’s Haunted Case Files and How the World Ends from CMJ Productions.