Emma Hardy has stepped down as managing director of Princess Productions, the Endemol Shine UK prodco behind series including Taxi of Mum and Dad and Sunday Brunch. 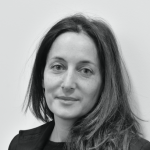 Hardy will leave the London-based producer this summer after more than two decades with the company. Endemol Shine said it will announce succession plans in due course.

The outgoing managing director joined Princess in 1996 and became joint MD in 2014.

The producer’s recent projects include the Stand Up to Cancer awareness and fundraising project with YouTube and Channel 4.

Announcing her departure yesterday, Hardy said: “I have loved my time at Princess and feel incredibly lucky to have worked with so many brilliant and talented people. It’s very important to me that a handover is seamless ensuring Princess continues to go from strength to strength.”

Richard Johnston, CEO of Endemol Shine UK added: “Emma is a brilliant and passionate leader who has an extraordinary ability to move seamlessly between genres and platforms with an instinctive feel for what audiences want.

“She has nurtured shows and talent alike, making Princess a fantastic place to both work and work with.”

Other changes at Princess on the past year include the exit of company founder Henrietta Conrad.

Hardy and Conor Baily took over running the producer when Conrad stepped back from her CEO role. She then exited last year.