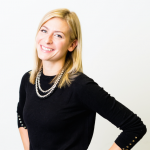 The hire brings to an end Amazon Studios’ search for a European content chief, and comes after the Amazon Prime Video SVOD service went fully international in December.

Brown’s remit will see her commissioning programming from producers in the UK and across the continent from a London base, an Amazon spokesperson confirmed today.

Brown will report to Amazon’s head of international content Morgan Wandell, who moved to the UK recently as part of the global roll-out initiative.

The SVOD player has been riding high since the launch of Jeremy Clarkson’s post-Top Gear motoring series The Grand Plan launched internationally. Exclusive TBI research has shown it is currently the most in-demand programme in both Germany and the UK.

Brown joins from FremantleMedia’s international arm, where she was executive VP, global scripted and factual content. The multi-faceted role saw her overseeing FMI acquisitions, and providing a link between the company and in-house production teams.

She joined FMI two years ago as SVP, scripted, and was promoted to her current role in January 2016. Prior to Fremantle, she was SVP, acquisitions at Shine International before its parent, Shine Group, merged with Endemol, and she has worked at BBC Worldwide.

An FMI statement noted Brown would remain in her current role until the summer. “We will be replacing her and will announce our plans in due course. In the meantime, we’d like to wish Georgia all the best in her new role,” a spokesman added.