Disney and Maker Studios have distanced themselves from PewDiePie after the YouTube star posted videos that included antisemitic comments. 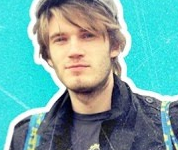 The Wall Street Journal broke the news in the wake of its own investigation, which is said found nine recent PewDiePie videos that included antisemitic jokes or Nazi imagery.

Disney acquired Maker in 2014 and the online channels business and PewDiePie launched Revelmode, a talent incubator for vloggers, last year.

In a statement it said: “Although Felix has created a following by being provocative and irreverent, he clearly went too far in this case and the resulting videos are inappropriate. Maker Studios has made the decision to end our affiliation with him going forward.”

PewDiePie responded in a blog post that carried the headline ‘just to clear a few things up’, in which he accepeted the jokes in question were offensive but said he wanted to make a wider point about the nature of online video content.

“I was trying to show how crazy the modern world is, specifically some of the services available online. I picked something that seemed absurd to me—That people on Fiverr would say anything for 5 dollars,” he said. “I think it’s important to say something and I want to make one thing clear: I am in no way supporting any kind of hateful attitudes.”

PewDiePie’s YouTube channel has 53.2 million subscribers (although the online star has taken issue with how YouTube records subs figures).