The £100 million (US$125 million) budget Netflix’s drama The Crown (above) was reportedly handed isn’t quite the estimated £369 million it’s going to take to renovate Buckingham Palace’s 775 rooms, but is certainly one of the biggest purses to which a British production team has had access.

The Crown is notable not only for its huge budget (admittedly for two seasons), but also as being the first American-British production for streaming service Netflix. Andy Harries, managing director and co-founder of producer Left Bank Pictures, says the commission was a direct result of Netflix’s deep-dive approach to research.

“They’d run their algorithms on the royals, so they knew exactly what they were getting into and what the appeal is to the audience,” he explains. “Netflix needs reach and an older audience. The Queen clearly has the appeal across the board, but clearly appeals to that older, broad audience.”

“The royal family has always been with us – there’s clearly an enduring appeal,” he adds. “There’s a great fascination with how they survive in the real world. What we are doing with The Crown is bringing a level of humanity to them.”

The Crown follows the life of the current British monarch, Queen Elizabeth II (played by Claire Foy), from her earliest days on the throne in the 1940s and through to the modern day – providing it goes to six seasons Harries and his team are planning.

Being a Netflix show for its global feeds, there is no ratings data. However, the impact has been “immense”, claims Harries. Social media and online responses are indeed very positive, while reviews on what has been described as ‘the most expensive series ever made’ (nb: it’s not) have been universally good.

Harries is not surprised the show appears to be an international hit. “Britain had the British Empire, which creates an enduring international fascination,” he says, adding: “The royal family is not just a British royal family. It’s a perfect show to roll out internationally.”

The Crown is just one of a number of recent shows about British royalty. ITV scored big ratings with Victoria, another biography of a queen, while E! Entertainment and Lionsgate created a lighter, comedic and fictional regal family for its first drama, The Royals. Another US-UK coproduction, 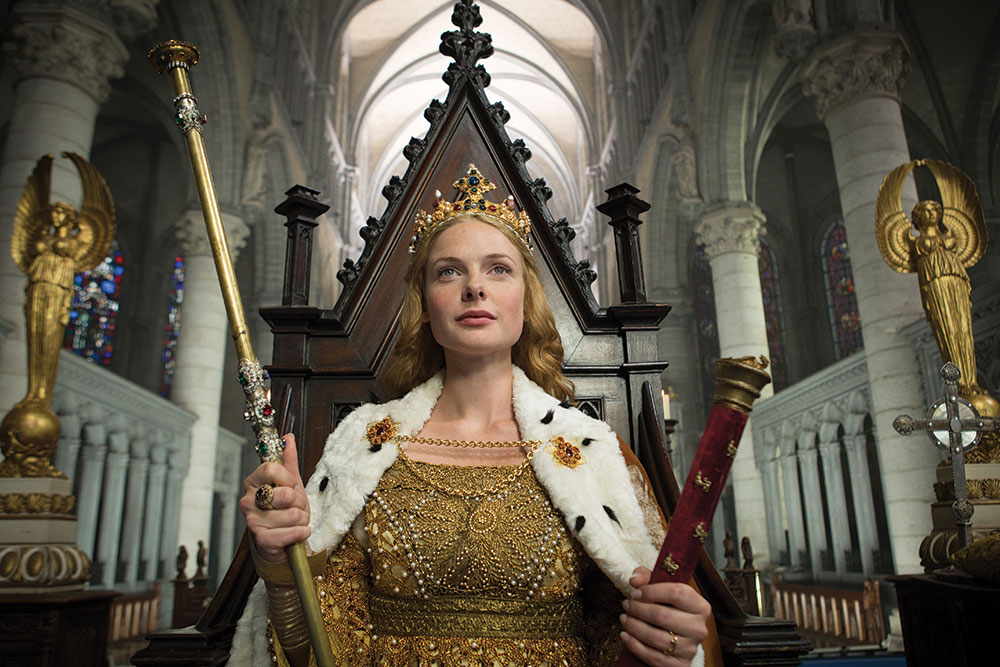 The White Queen (above), told the story of the War of the Roses from the perspective of influential noble women who experienced the 15th century conflict over the rightful owner of the throne.

Emma Frost penned that series, and has now written and produced its follow up, The White Princess, starring Jodie Comer as Elizabeth of York. While the original was for the BBC in the UK and Starz in the US, the new show is only for the American cable network.

Frost notes that England of the 15th century royal life has played a bigger role in modern drama than is widely known. “Game of Thrones is based, in part, on the War of the Roses,” she notes.

“This is a point in history where there was no clear king,” adds Frost. “The lineage had broken down, and various factions were fighting each other. It’s like family warfare on a grand scale – these are people who are related and know everything about each other, but are willing to do awful things to each other for power.”

Shooting has finished on the miniseries, which begins at the end of the noble conflict, with Company Pictures and Playground Entertainment now in the edit.

“The White Princess is an incredible opportunity to tell powerful stories about women, and it is rare to have stories of that scale to tell,” she continues.

“Separate to that, for audiences, the scale and mystery of the royal world hits a voyeuristic nerve. They’re glamorous, intriguing and offer a window into a world we don’t get to see otherwise.”

Just as the popularity of royalty shows no sign of abating around the world, the lineage of royal-themed programming remains intact, too.