All3Media American CEO Greg Lipstone has hired a partner and COO of his former agency, ICM Partners, in a senior role. 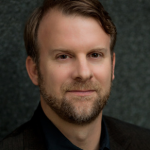 Dan Donahue has been named chief operating officer of All3Media’s US arm, where he will work closely with Lipstone.

“I am beyond thrilled to be working with Dan again,” said Lipstone. “He is a great leader and possesses the skills that are ideal for All3Media America. I look forward to many more years of working together.”

Donahue has been a key management executive at ICM since 2006, having held a partner and COO post at The Broder Webb Chervin Silbermann Agency (BWCS).

He played a role in the deal that saw BWCS sold to the ICM group in 2006, a year after ICM sold a majority stake to private equity firm Rivzi Traverse Management. ICM Partners was formed in 2012 after a management buyout of ICM.

For UK-based All3Media, the hire comes less than two years after Lipstone replace Eli Holzman as chief executive of its LA production wing, and more than four years after it established an American presence.

All3 America currently comprises the US arm of various European prodcos such as Lion Television, Maverick, Studio Lambert, MME, Objective Media Group, and the newly-established Studio Ramsay and Main Event Media. The business also has an overall development deal with LA-based Bogner Content.

“I have had the pleasure of working with Greg previously at ICM so I look forward to working closely with him and all the creative talent across the All3Media group,” said Donahue. “All3Media America is a fast growing production company, so it’s an exciting time to be joining the business as it looks towards further US and international growth.”