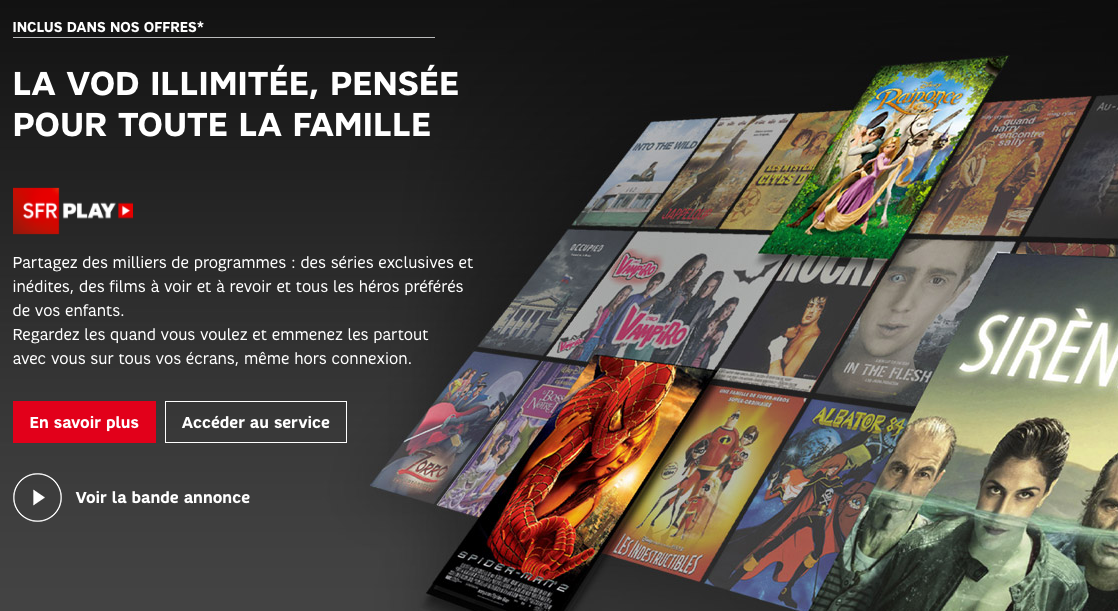 The SVOD service will be available from €9.99 (US$10.80) a month without an ongoing subscription commitment, offering TV series, movies and kids programming across any network to multiple devices, including PCs and TVs via Google Chromecast and Apple Airplay.

Until now SFR Play has only been available to the company’s own fixed and mobile subscribers.

To boost its appeal, the new SFR Play app will include access to exclusive series such as its top-rated show Les Médicis, Maîtres de Florence, Sirènes and recent addition The Same Sky.

Coming soon to SFR Play will be the TV version of the Luc Besson-produced Taken movie franchise, which will be part-financed by parent group Altice’s recently launched Altice Studios arm along with US broadcaster NBC.

The series is a big budget effort, with a total budget of €40 million for ten 45 minute-episodes. One episode a week will be made available on SFR Play just after its airing on NBC in the US.

With 1.2 million subscribers, SFR claims that SFR Play, which incorporates the old Zive service, is the leading SVOD offering in France. As well as TV series, the service offers a catalogue of close to 1,000 movies, of which about 30% are domestic productions. SFR also has a deal with Disney to provide a broad catalogue of family and kids content.