BBC Studios has won the first competitive tender for a BBC series. 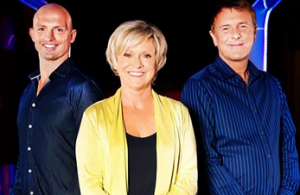 The new-look production arm of UK pubcaster the BBC will produce the long-running gameshow A Question of Sport, which was one of three shows put out to tender.

The BBC altered its production guidelines last year, removing in-house guarantees as part of a plan to create a commercial production unit.

Invitations for pitches for A Question of Sport, religious hymns series Songs of Praise and medical soap Holby City were then put out, with an evaluation team created to assess the various creative, financial and strategic visions for each show.

“Their excellent pitch will result in clever creativity, smart updates and new content which will allow this much loved, long running brand to innovate.”

With indies and rivals such as ITV Studios now able to pitch for all BBC programming, BBC Studios is soon to become a fully-commercial producer that can create shows for other networks for the first time.

This is part of BBC director general Tony Hall’s strategic plan to better monetise the pubcaster’s production efforts and make the organisation fairer and more open to commercial companies.

The BBC is required to put at least 40% of its content out to competition by 2018, with new tenders expected to be announced in coming days and weeks. By the end of the current eleven-year charter period, which began this month, 100% should go out to tender.

Should, however, a commercial entity take over production of a BBC-owned format such as Holby City international distribution rights will remain with the Beeb’s commercial sales wing, BBC Worldwide.

In related news, actor Peter Capaldi will leave his lead role in BBC drama Doctor Who after the forthcoming tenth season of the show’s current iteration, which began in 2005. Lead writer and showrunner Steven Moffat is also leaving.