Jeffrey Katzenberg has created an LA-based media company, WndrCo, raising US$591.5 million for the venture. 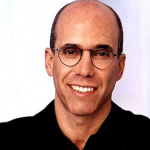 A regulatory filing reveals DreamWorks Animation founder and former CEO Katzenberg has established WndrCo as a holding vehicle that will invest in various media and technology businesses.

Katzenberg’s next role as been the subject of much speculation since he sold DreamWorks Animation to Comcast in a US$3.8 billion deal last year.

The WndrCo filing shows former DreamWorks Animation Ann Daly and ex-Dropbox CFO Sujay Jaswa are working with Katzenberg on the venture, and that the business is based in Beverly Hills, LA.