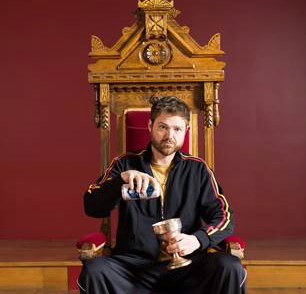 CraveTV has ordered What Would Sal Do?, a slacker comedy about a guy who discovers he is the second coming.

The 8x30mins comedy will be written by Andrew De Angelis (Orphan Black) and is the Canadian OTT service’s third Canada-originated original.

It hails from New Metric Media, which made LetterKenny, CraveTV’s first ever original, and DHX Media.

Its other Canadian original is Russell Peters is the Indian Detective, which will be produced in partnership with free TV net CTV. The show was created by Frank Spotnitz (Man in the High Castle) and will be produced by his Big Light Productions banner.

CraveTV launches new content on a Friday and What Would Sal Do? will launch on Friday March 24.

“With fantastic performances from an outstanding cast that includes the inimitable Scott Thompson as a conniving priest, we’re thrilled to add What Would Sal Do? to CraveTV’s growing list of original series.”