Twitter’s director of strategic innovation, Dan Biddle, is leaving the company in the second major media departure to come to light in recent weeks. 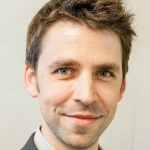 Biddle, who joined Twitter’s British arm in 2012, initially as head of UK broadcast partnerships, announced his move in a string of Tweets yesterday.

The news comes less than three weeks after Lewis Wiltshire, Twitter’s London-based senior director of media partnerships, tweeted that he too was leaving the firm after four years.

Biddle, who formerly worked in social media strategy at the BBC, first joined Twitter as the main contact and support for UK broadcasters and producers making social content.

In 2015 he became director of broadcast partnerships, leading creative initiatives and strategy for Twitter and TV. He also served as global chair for Twitter TV, building connected strategies for the Twitter Media TV team around the world.

In 2016 his role changed to director of strategic innovation, with a broader remit to driver new opportunities for Twitter and its media partners across areas including sport, eSports, news, entertainment and new digital talent.

Wiltshire joined Twitter UK in 2012 as head of sport. He was the company’s first sports hire outside the US and helped to bring some of Europe’s biggest sports stars and teams to the social network.

“Later I was asked to lead Twitter’s media teams in UK, Africa, MENA, Russia, Turkey and to be Twitter’s inaugural global sports chair,” Wiltshire said in a string of Tweets late last month announcing his departure.

At his time of leaving, Wiltshire was senior director of media partnerships, focused on the UK and Africa and working across areas including TV, sports, music and entertainment, news and government.

Wiltshire, who was social media editor and digital Olympics editor at BBC Sport before joining Twitter said he intends to “return to the sports industry”.

News of Biddle’s exit comes in the same week that Twitter officially shut down its short-form video service, Vine, and turned it instead into a camera app.

Twitter first revealed its plans for Vine in October, at the same time as saying it would cut 9% of the company’s total staff in a cost-cutting measure.

After 4+ years, I’ve decided to leave Twitter. Thanks to the brilliant people I’ve had the honour to work with. #Onwards to new adventures. pic.twitter.com/r2qeMzFLgB