Objective snaps up Channel 4 exec for US 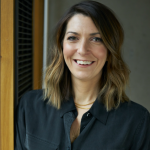 UK-based Objective Media Group has hired Channel 4’s formats commissioner, Jilly Pearce, to lead its efforts in the US as executive VP.

Pearce will relocate to LA from the US in the coming months to lead All3 America-owned Objective America’s unscripted and scripted efforts, looking to build the business’s presence.

In particular, she will look to take formats from Objective’s UK prodco stable – Second Star, Panda Television and Objective Fiction – into the Us and adapt them for the local audience.

Pearce joins from UK broadcaster Channel 4, where she was formats commissioning editor. During her time at the network she ordered shows such as Virtually Famous, That’s So Last Century and How’d You Get So Rich?, and was part of the team behind the upcoming Seven Year Switch and development of E4’s Tattoo Fixers.

She has also worked as head of television at Vice Media-owned Pulse Films, where she was the executive producer of MTV’s Sleeping with the Fmaily and Channel 4’s The Inside Job. Other roles have included director of development at MTV and executive producer at Maverick Television.

“The whole team here at OMG can’t wait to start working with Jilly on our international expansion in 2017,” said Objective CEO Layla Smith. “Jilly is incredibly smart, determined and creative with commissioning and production experience.”