Portlandia to end after eighth season 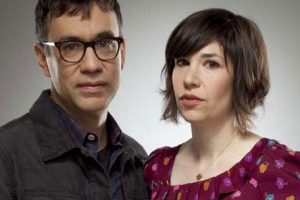 IFC’s US hipster comedy Portlandia will return for its eight and final season in 2018.

US cable channel IFC considers the series a brand-defining comedy. Jennifer Caserta, IFC president said: “There are very few shows that can be credited with both establishing and helping to define a television network, and that’s exactly what Portlandia has done for IFC. It has been at the heart of our ‘slightly-off’ comedy programming strategy since its inception.”

Portlandia was one of IFC’s first original series, co-created, written and produced by Armisen, Brownstein and director Jonathan Krisel.

The executive producer is Lorne Michael, and Broadway Video produces the show. IFC is owned and operated by AMC Networks Inc, and airs fan-favorite movies and comedic cult TV shows.