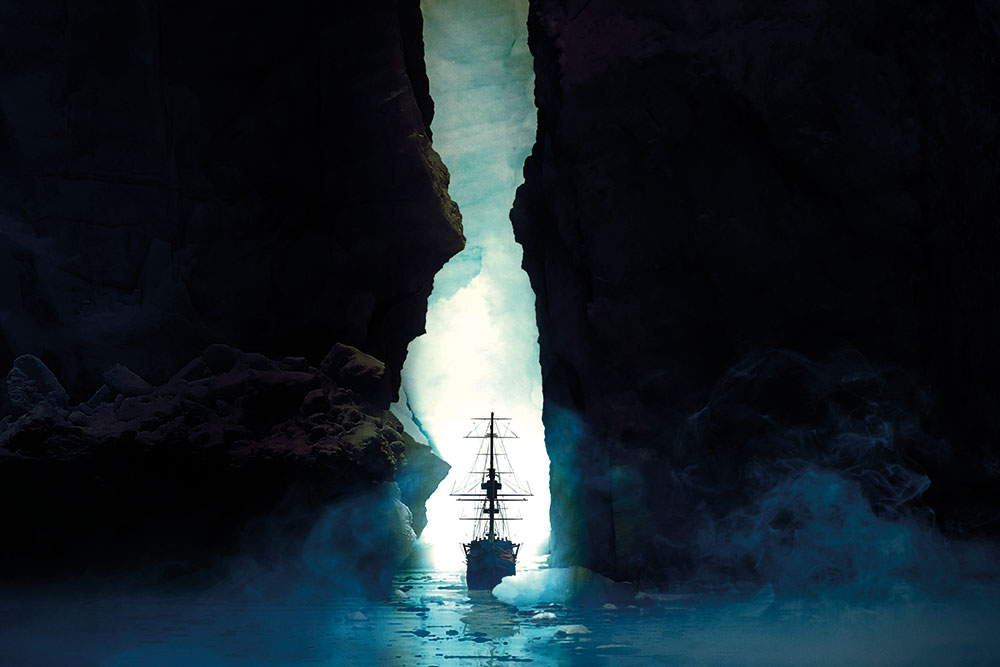 AMC Networks COO Ed Carroll tells TBI about his plans to grow global channels AMC and Sundance with new originals, and to go more local with its Chellomedia nets.

Terror and fear are watchwords in the programming department at AMC in the US, and now internationally. The zombie legions of The Walking Dead also feature heavily in AMC’s shows, and now icebound explorers and a grizzled Pierce Brosnan are about to join the fray. As the AMC channel in the US has invested in a growing slate of original dramas – The Walking Dead and Fear the Walking Dead, and now The Terror and The Son – the worldwide AMC net has started to benefit.

The global launch of AMC was made possible by the acquisition, and subsequent rebrand, of the MGM channel, as part of a wider US$1 billion deal for the Chellomedia family of channels.

Two years later and AMC is in about 120 countries. It looks increasingly like the US channel, having secured the key shows from its US equivalent. “We knew that would take a bit of time,” says AMC Networks COO Ed Carroll (below). “When we did the Chellomedia acquisition, some shows were already committed to other platforms. As we have gone forward, the shows we control will overwhelmingly be on AMC.”

Next up is The Terror (above), in which a group of late 1800s explorers become icebound, and a series of mysterious supernatural occurrences start to unfold. There will also be The Son, a western starring Pierce Brosnan as Eli McCullough, ‘The First Son of Texas’, as he looks back at his life as a Texas oilman (Sonar Entertainment is producing and distributing internationally).

The Walking Dead and its spin-off are huge bankers, and The Son and The Terror will add buzz and excitement.

The originals come, however, with a high pricetag and AMCNI is, like others, facing increasing cost to get high-end drama. “The biggest rate of growth in expense is the cost of originals,” Carroll says. “That shortens your decision timeline. A few years ago I could read a script over the course of two months and reflect upon it. I don’t feel I have that ability now. When we identify something we are now compelled to move quickly: it’s the cliché of buying it in the room.

“That environment is one of the reasons we formed our own studio. We have great talent relationships as a result of our activity over the past ten years, and we want to continue to develop our own stuff. That will continue to be central to our activity.”

The AMCNI portfolio includes factual channel Spektrum in central and eastern Europe, and the Paprika, El Gourmet and Cocina cooking channels in CEE, Latin America and Iberia respectively. AMCN isn’t looking to take any of these lifestyle nets global, but is positioning them as strong local counterparts to AMC and Sundance.

“Chello has a strong regional legacy, and the lifestyle channels are resonating and desirable for operators,” Carroll says. “Those lifestyle brands are somewhat insulated from the effects of time shifting and binge viewing. On the other hand, we bring two strong global brands, and are ramping up the investment in owned content. Together these make our portfolio more important to distributors.”

AMC’s international operations are still not turning a profit, registering a loss of US$8 million in the quarter to June. Recent carriage deals of note include the launch of five channels – AMC, CBS Reality, Extreme Sports Channel, Outdoor Channel and preschool network JimJam – on the beIN platform across the Middle East.

The idea is that the mix of strong global and well-known local channels will be a compelling proposition for pay TV operators. The wider challenge is that with subscriber bases under pressure, pay TV operators are increasingly talking about trimming, not adding to, their channel line-ups, and a move to ‘skinny bundles’.

“In 20 years I have never heard operators say anything but there are too many channels,” says Carroll. “In the US the channel options went from 50 to 100 to 200 to 300, and there was a chorus of this kind of talk. The level of rhetoric has increased. I hear the term ‘skinny bundle’ a lot, but can’t point to one example where it has been realised.”

The AMC COO does, however, accept that there is something different behind the current rhetoric from operators, and that is SVOD. He says that linear channels and OTT can coexist.

“Netflix is moving to a model whereby it is more a pay channel bolt-on than an aggregator,” he says. “In the US, where SVOD has had more time to evolve, Netflix, Amazon, and Hulu still do not have more subscribers than the pay TV platforms.”

AMC points to the growth of drama on both linear and SVOD. “Over the past five years the number of series produced increased, and it has been a golden age,” Carroll says. “AMC went from being a top 30 channel to a top five network, and The Walking Dead became the top-rated show in the US. That all suggests a symbiotic relationship can exist between OTT and linear.”