Two Halves Pictures was co-founded in April by Gina Cronk and Richard Bedser, who have produced dramas for both the UK and America. 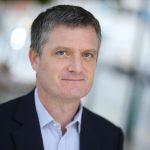 All3Media declined to state whether it had a majority or minority stake in the company.

Jane Turton, All3Media chief executive officer, said: “I’m delighted that Richard and Gina are joining the group and very excited to partner with them as they launch Two Halves in the UK and US.”

Gina Cronk and Richard Bedser, the Two Halves joint managing directors said: “Our combination of factual and scripted content is a perfect fit and we are looking forward to working together on our exciting slate of projects.”

Bedser’s credits include writing Emmy-award winning US TV movie Gettysburg and Emmy-nominated The Bible for the History Channel. Cronk has produced drama New Tricks for BBC One and historical drama The White Queen for Starz/BBC One, which was nominated for an Emmy and a Golden Globe. They co-produced AD: The Bible Continues for NBC.

This investment follows All3Media’s extension into an Asian office in December with an emphasis on factual entertainment, drama, and factual programming.

All3Media is made up of 22 production and distribution companies in the UK, Europe, the US and New Zealand, and is jointly owned by Discovery Communications and Liberty Global.