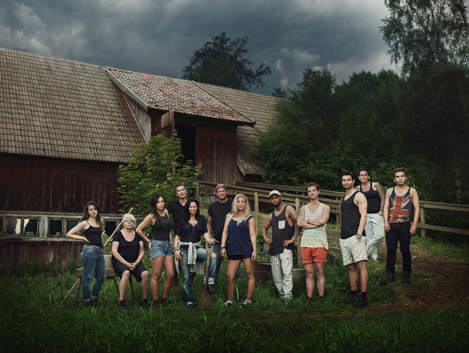 The show will be on the Markiza channel in Slovakia, BTV in Bulgaria, Nova in the Czech Republic, Pro TV in Romania and Nova in Croatia.

The show, which runs in either 60 or 90 minute formats, is already on air in some territories.

The agreement covers three seasons of the format with an option for a fourth.

DRG sells the show and struck the CME deal.

“This is a creative and far-reaching deal for both DRG and CME and endorses The Farm as the leading reality show in the region,” Adam Barth, senior sales manager at DRG who brokered the deal.

“Each territory so far has tailored the format to reflect local farming locations, culture and traditions and this flexibility has undoubtedly cemented The Farm’s relevance and popularity.”

The reality show, which was created by Strix (now rebranded and part of MTG’s Nice), throws a group of men and women together on a farm in a bid to discover the simple life.

“We are pleased to have secured The Farm for our broadcasters for the next three to four years, allowing them to fully commit to building The Farm brand,” said Tubi Neustad, content production director.

“In each territory it not only manages to win ratings but also generates a huge amount of ‘buzz’ off-air, especially through social media, with viewers engaging with the contestants, challenges and aspects of their own local culture as portrayed on screen.”