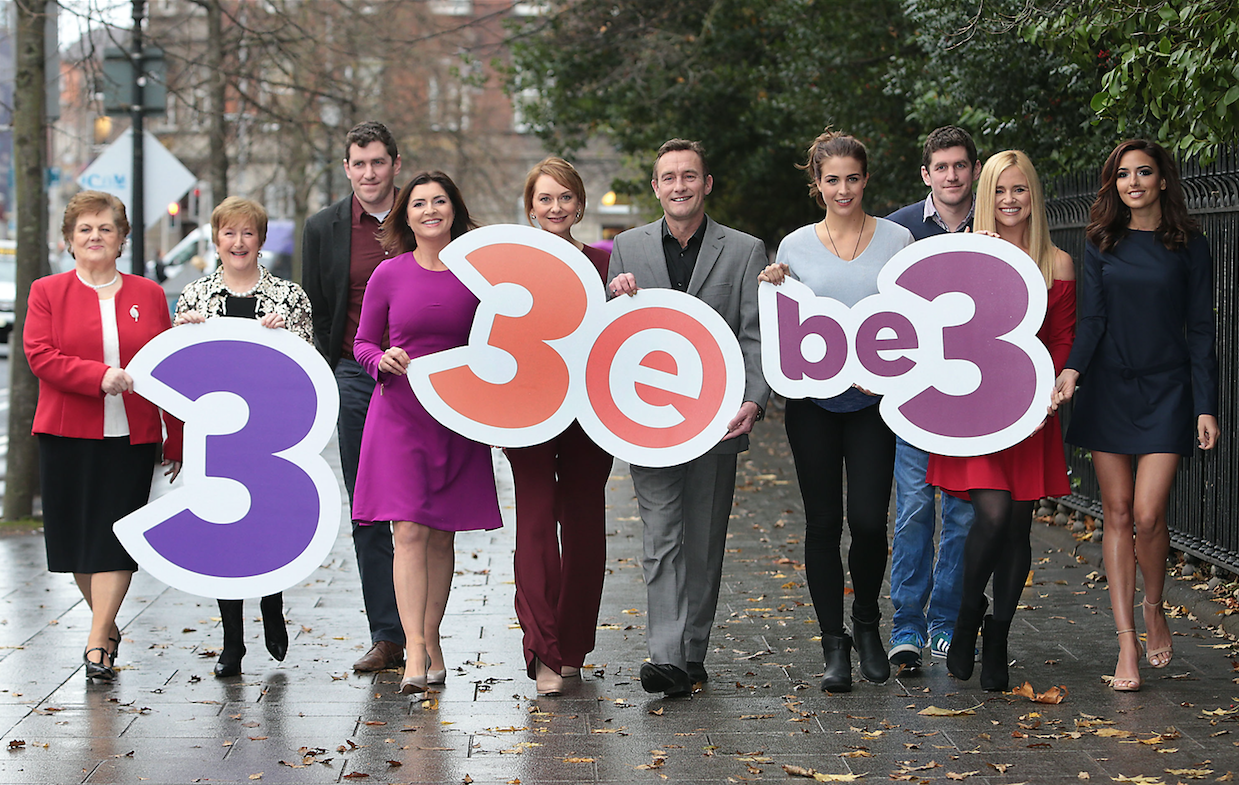 Irish broadcaster TV3 has overhauled its two existing channels and is launching a new net, be3 to replace UTV Ireland

The broadcaster, which is owned by Liberty Global’s Virgin Media, said the rejig is part of a new three-channel strategy.

The new TV3 net is be3 and it will roll out on January 9, replacing UTV Ireland.

TV3 said the new channel will be ‘home to drama and chat and give viewers a second chance to see their favourite soaps’.

The programming line-up will include popular crime drama Midsomer Murders, comedy drama Benidorm, and chat show Loose Women. There will be two nightly news shows trough the week, and the new TV3 kids programming block will also move to the channel.

Speaking at the launch of the new look group yesterday, Bill Malone, TV3 director of programming, said: “Today’s story is not about a new channel or a new name for a channel. It represents a historic shift in Irish broadcasting.

TV3 is now a three channel business and today we unveil three new-look and distinctive brands. Our commitment to Irish programming is clearly evident – we are now an Irish broadcaster of scale.”

TV3 will remain the core flagship channel and there will be a concerted effort to increase the amount of local primetime programming. The channel made a notable move into ongoing original drama with soap opera Red Rock, which remains on air.

The channel will also have acquired drama and premium sport including UEFA Champions’ League matches.

Second channel 3e will an entertainment net for 15-to-44s and have reality shows including Big Brother and Celebrity Big Brother. It will also have UFC fights.