IM Global has hired Phil Gurin and the formats veteran will create a new unscripted unit for the US-based producer and distributor. Gurin will build new formats teams in LA, London, China and Lat-Am. 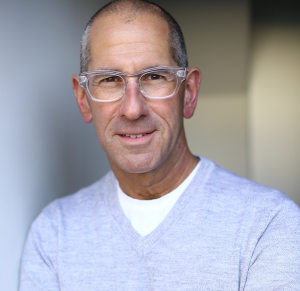 In his new role, Gurin will be president of unscripted and alternative content and report to IM Global’s CEO Stuart Ford (pictured, below).

He will run a team tasked with creating unscripted shows for channels and brands. The new formats division will sit alongside the existing scripted unit.

Eli Shibley, president of IM Global’s distribution and coproduction, and his team, will sell the new unscripted content globally.

IM Global was backed by India’s Reliance before Donald Tang’s Tang Media Partners took control earlier this year, at which point it struck a content and production deal with Tencent, the Chinese internet platform.

Gurin, meanwhile, is an exec producer on ABC’s Shark Tank, and played a part in creating formats including Oh Sit! for The CW.

“The opportunity to build a robust unscripted and alternative studio, backed by the international resources of TMP, IM Global and Chinese internet giant Tencent Holdings immediately allows us to compete alongside the biggest players in the unscripted space,” he said.

“We will instantly look to build a strong creative team here in Los Angeles, as well as in London, China and Latin America. Leading the build-up and global expansion of such a well-financed team has been a dream of mine, and I am excited to generate great future success alongside Stuart and his team.”

Donald Tang added: “Phil gives IM Global TV a great opportunity to expand our participation beyond conventional unscripted television formats and to help innovate new formats for the global audience. We are excited about our new initiative led by Phil in collaboration with our global partners, including Tencent, CMC, and Huayi Brothers.”

Ford said: “Phil is a hugely respected and experienced figure in the unscripted and alternative content arena and therefore a very important addition to our fast evolving television studio.

“Along with our partners at TMP and Tencent we’re very excited to dovetail the phenomenal output of Phil and his team with our existing scripted production, deficit financing and international TV distribution operations.”