AMC buys into Funny or Die 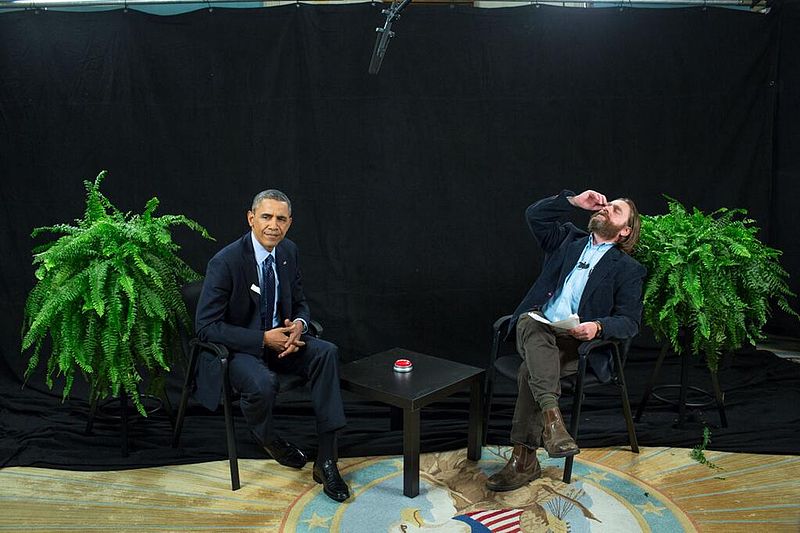 AMC has long history of collaborating with Funny or Die through its US cable channel IFC on series such as the forthcoming Brockmire and 2014 miniseries Spoils of Bablyon, and has now taken a seat on the platform’s board.

The pair will now work on “larger business and creative initiatives that leverage IFC’s strength in the linear space and Funny or Die’s powerful digital and social presence”.

This will likely mean Funny or Die-branded programming blocks on IFC, and original content development for television and digital platforms, plus new ad sales opportunities.

Actor Will Ferrell, director Adam McKay and Chris Henchy, and Creative Artists Agency launched Funny or Die in April 2007 as an early online comedy platform, and have grown its audience to around 60 million globally through shows such as Between Two Ferns (pictured) Judd Apatow is also a principal partner in the operation.

IFC president Jennifer Caserta (pictured right) will join the Funny or Die board following the investment. “Both IFC and Funny Or Die have a proven track record of producing breakout content,” she said.

“The ability to work together more closely and increase our commitment to delivering more content on all platforms makes for an extremely significant partnership for both companies, and for the millions of fans of our comedy. It also marks a small, but important, first step towards my ultimate goal of appearing on Between Two Ferns with Zach Galifianakis.”

Financial terms of the deal were not revealed, but AMC has been ramoing up its spend in the on-demand space. It recently paid US$65 million to take a stake in RLJ Entertainment, which operates ‘Best of British’ SVOD service Acorn TV.

AMC also recently revealed it was launching its US horror-themed SVOD service Shudder in the UK and Canada, and has created an eSports-focused SVOD service in Spain with Machinima.

“We met on Tinder, things moved fast, and now we’re getting married.

For Funny or Die, the move comes two years after it explored a sale under former CEO Dick Glover, and subsequently restructuring under new chief exec Mike Farah, who said of the new development: “This is really the perfect partnership for us, because we get to work closely with a brand and team at IFC that we trust and respect, while also staying true to the irreverent, independent vision of our founders, Will Ferrell and Adam McKay.

“This move will be great business for both of our companies as we capitalise on our combined audiences, our complementary platforms, and our premium content. It will also be great for my wardrobe, because AMC Networks’ president and CEO Josh Sapan has been sending me these really nice shirts, and I hope that continues now that we’ve closed the deal.”

The news comes on the same day an international SVOD service aimed at stand-up comedy fans, NextUp, launches in the UK.