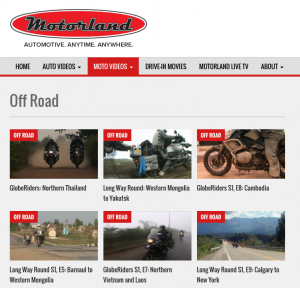 Warner Bros.-backed TV4 has struck a deal with Vimeo that will see the latter power more than 20 of TV4 Entertainment’s direct-to-consumer SVOD channels.

The warrior-themed channel, which is targeted at service members and military veterans, is live now, while the other four will go live before the end of the year.

“We are excited to announce this partnership with TV4,” said Jamie Wilkinson, general manager, Vimeo OTT Services. “Their model of launching interest-based OTT channels targeted at tribal audiences is a perfect fit for our OTT platform.”

TV4 Entertainment aggregates and produces original films, and series for distribution on its portfolio of more than 30 genre-specific internet TV channels.

The business is not part of Bonnier Broadcasting’s Swedish TV4 Group, and was instead founded in 2012 by former Fox Digital Media and Hulu execs.

Warner Bros. bought a stake in the business in April 2014.