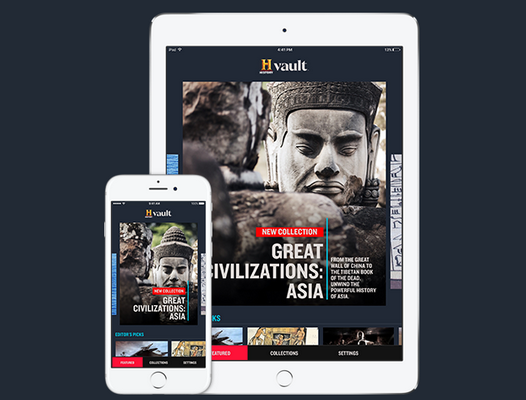 History Vault will offer hundreds of hours of content from the History channel library on-demand for C$5.49 (US$4.05) a month.

Programming will be curated in collections such as ‘The American Civil War: Brothers Vs Brother’, which will include two-hour special Lee and Grant; ‘The WWII: The World in Crisis’, featuring WWII in HD; ‘The Bible 101’, including Banned from the Bible; and ‘America: Coast to Coast’, which includes How the States Got Their Shapes.

Featured content collections will focus on timely or contextual topics and events, with new programming added weekly to the service.

Initially, History Vault is being offered to Canadians with iPhones, iPads or Apple TVs, though those with Android devices will soon have access. Corus is offering subs a free, seven-day trial.

Due to Canadian media regulations, Corus owns the local History channel under licence from A+E Networks, which created the US and international History brands.

D2C apps have become an increasingly popular option for channel groups and distributors with large libraries, with the likes of NBC and CBS launching such services in the US, and numerous others debuting around the world.