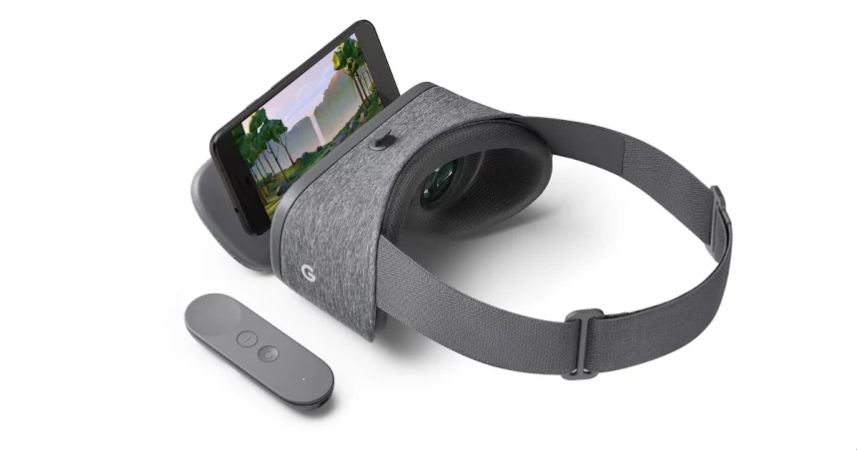 Google has launched its new Daydream View VR headset in five markets, along with Daydream and YouTube VR apps.

The Daydream View headset and controller is available in the Google Store and via retailers in the US, Canada, UK, Germany and Australia and is compatible with any Daydream-ready phone – currently just Google’s new Pixel handset.

Users can experience VR by opening the Daydream app, which will house a number of virtual reality services – including the YouTube VR app.

“We want to continue to provide you with new ways to engage with the world and with your community, and we believe virtual reality will play an important role in the future of storytelling,” said YouTube in an official blog post.

“More than just an amazing new technology, VR allows us to make deep, human connections with people, places and stories. That’s why we’re committed to giving creators the space and resources they need to learn about, experiment with, and create virtual reality video.”

Other Daydream apps available at launch are: Google Arts and Culture, which lets users enter a virtual gallery and view artworks from more than 50 museums; and a Google Street View, which lets users experience 150 of the world’s “most amazing places”.

BBC Research & Development’s experimental The Turning Forest VR fairy tale also launches next week for Daydream. The VR story was produced by BBC R&D in collaboration with VR studio VRTOV and will be available for free.

The Turning Forest was created as part of the BBC’s ongoing work exploring emerging technology and new storytelling mediums for future audiences.

“Our goal with Daydream is to bring high quality, mobile VR to everyone, and this is just the beginning,” said Google in a statement. “There will be even more apps and games coming to Daydream in the next few weeks and even more Daydream-ready phones available over the next few months.”

The internet giant Google originally announced its Daydream platform at its I/O developer conference in May and said at the time that phone manufacturers Samsung, Alcatel, Asus, Huawei, HTC, LG, Xiaomi and ZTE will all launch Daydream-ready smartphones.