The premium BBC First drama service has launched as an SVOD proposition in Hong Kong.

The BBC First service will launch via the Now TV service in Hong Kong, the largest pay TV platform in the territory.

Shows on the premium SVOD service include Doctor Who spin-off Class (pictured), Amazon and BBC Worldwide fashion drama The Collection and period drama hit War and Peace (below).

Current shows will be on the on-demand service within 24 hours of their UK TX.

BBC First is BBC Worldwide’s premium drama channel and sits alongside BBC Earth, BBC Lifestyle, CBeebies and BBC World News, which are all linear offerings on Now in Hong Kong.

The drama channel replaces BBC Entertainment and BBC On Demand on Now TV. 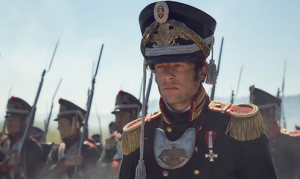 “We are committed to sharing the most fascinating dramas and Hong Kong viewers have always appreciated the intelligent and distinctive content of BBC programmes,” said Kelvin Yau, general manager of BBC Worldwide Greater China, which is part of the BBC’s global commercial operation.

“BBC First is the ideal platform for us to showcase the best and latest BBC dramas to discerning viewers in Hong Kong, anytime they like,” he added.

“We are very excited to work with BBC Worldwide on this new brand which will deliver the very best of quality drama from the BBC, on demand on Now TV to our viewers,” added Loke Kheng Tham, PCCW’s executive VP of pay TV.

“With BBC First, Now TV is giving our customers direct and around-the-clock access to quality programmes from the BBC.”

Elsewhere in Asia First has launched as a channel in Singapore and Malaysia, and as a branded block in Japan.