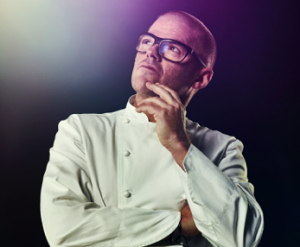 London-based TMM is known for Heston Blumenthal-starring programmes such as Grierson Award-nominated Heston’s Dinner in Space and 4x60mins Inside Heston’s World for SBS in Australia.

For Modern Times Group-owned DRG, the deal comes after similar factual agreements with Duck Quacks Don’t Echo prodco Magnum Media and another with Screen Glue in May.

Producer and director Jay Taylor launched TMM in 2014, and earlier this year hired former ITV and BBC daytime programming chief Alison Sharman as its first creative director after a spell at SBS.

Katy Cundall, who was promoted to senior VP acquisitions of DRG in September, struck the deal and said: “Jay and Alison are a formidable team and really know what it takes to engage an audience. TMM’s productions sit in an interesting space between conventional factual and entertainment and allow us to take something very different out to the international marketplace.”

DRG has already represented some TMM titles on the international market.

“DRG has proved itself in securing excellent deals for our existing content but it was the team’s industry knowledge, passion for TV and it’s wholehearted support for our future ambitions that makes them such a good fit for us in the longer term,” said Taylor, company managing director.

“We thoroughly enjoy working with Katy and the team, we value their creative and commercial input and genuinely believe that this new partnership with DRG will play an instrumental role in helping to develop and grow our business.”

Besides programming with celebrity chief Blumenthal, TMM has worked on major formats such as Masterchef and Saturday Kitchen. It will continue to work on food-based ideas and formats, but it is also developing “a range of other projects” and is in funded development on “a number” of titles with UK broadcasters.