Dan Whitehead, head of drama and digital at UK consultancy K7 Media, on how anthology dramas have emerged from their slumber

Like any creative industry, TV drama is not immune from the lure of a good bandwagon, but few have caught on as quickly as the current mania for anthology series, as a look at the US channels shows. A regular fixture in the early days of television, when the likes of The Twilight Zone and The Outer Limits set a gold standard for ‘story of the week’ fantasy, the format is back in force in 2016 – and with a much wider genre remit.

The key difference this time around is that where once anthology series would feature a new story every episode, they now cater for the binge-hungry modern viewer with long form arcs, which are then replaced the following season with a new story and new cast.

The pioneer in this regard was, of course, Ryan Murphy’s American Horror Story, which went from a star-studded curiosity in its first season to one of FX’s most reliable performers over subsequent years, cycling through a recurring ensemble cast in settings such as a haunted house, creepy asylum and sinister carnival.

Little wonder that the networks have trusted Murphy to expand the anthology format to include crime, in the Emmy-winning American Crime Story, and celebrity biography, in the upcoming Feud.

His Fox horror series Scream Queens blurs the anthology rules even further – the show’s second season will retain the same cast and characters, but changes the location from a college to a hospital.

Naturally, others have followed this lead, with Syfy launching Channel Zero at the end of September, drawing a different story every  season from the Creepypasta fiction website, while Legendary is developing an anthology series based on the works of H.P. Lovecraft.

The trend even overlaps with the other big US network obsession of the moment: movie spin-offs. The CW’s proposed series based on 1987’s The Lost Boys will feature the same cast of ageless vampire hunks popping up in another city and decade each season.

Another eighties teen cult hit, Heathers, will use the original Winona Ryder film as the basis for a new tale of deadly high school rivalry, shifting to a different school with every season, while ABC is taking a similar approach to a half-hour comedy based on the early Tom Hanks hit Bachelor Party.

The Starz show, The Girlfriend Experience, wasn’t announced as an anthology, but became one when it was renewed for a second season with a fresh cast.

From a production perspective, this return to a modified version of the old anthology model has many advantages. More bankable stars can be signed up, knowing that a one season commitment won’t get in the way of movie work. Similarly, contract wrangles are less likely as the format makes it hard for any single cast member to become irreplaceable. Creatively, too, the pressure to keep sustaining a tired series is diminished when each season is essentially a fresh start.

For viewers, too, there are obvious benefits. In an age when hundreds of entire boxsets are available to stream, the ability to jump in with the latest season, safe in the knowledge that you won’t be missing six years of backstory, is appealing. Also, if you’re not enjoying the current season, you may well still come back for the next to see if you like that one better. 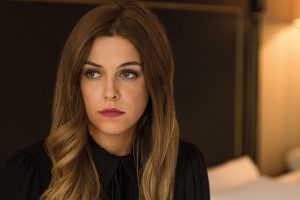 It’s here that the limitations of the anthology show become apparent though the long term hazards of banking on an anthology must also be considered.

Buyers are conservative by nature, and like to know what they’re getting. If you sign up a new procedural, you can be fairly certain that the third season will not be drastically different to the first, and you can plan accordingly.

When the entire premise of a show can change between seasons, and when the cast is also likely to be replaced at the same time, that longer perspective is much harder to maintain. HBO discovered this when critical acclaim for the first season of True Detective turned to venomous criticism for the second. That once-feted brand is now in limbo, awaiting the idea that will revive its commercial reputation.

The sheer number of new anthology shows that have been announced in the last 12 months proves that there’s a place for this model in the fast-paced on-demand era, but without a clear defining vision for the future such projects can collapse with equally dizzying speed.