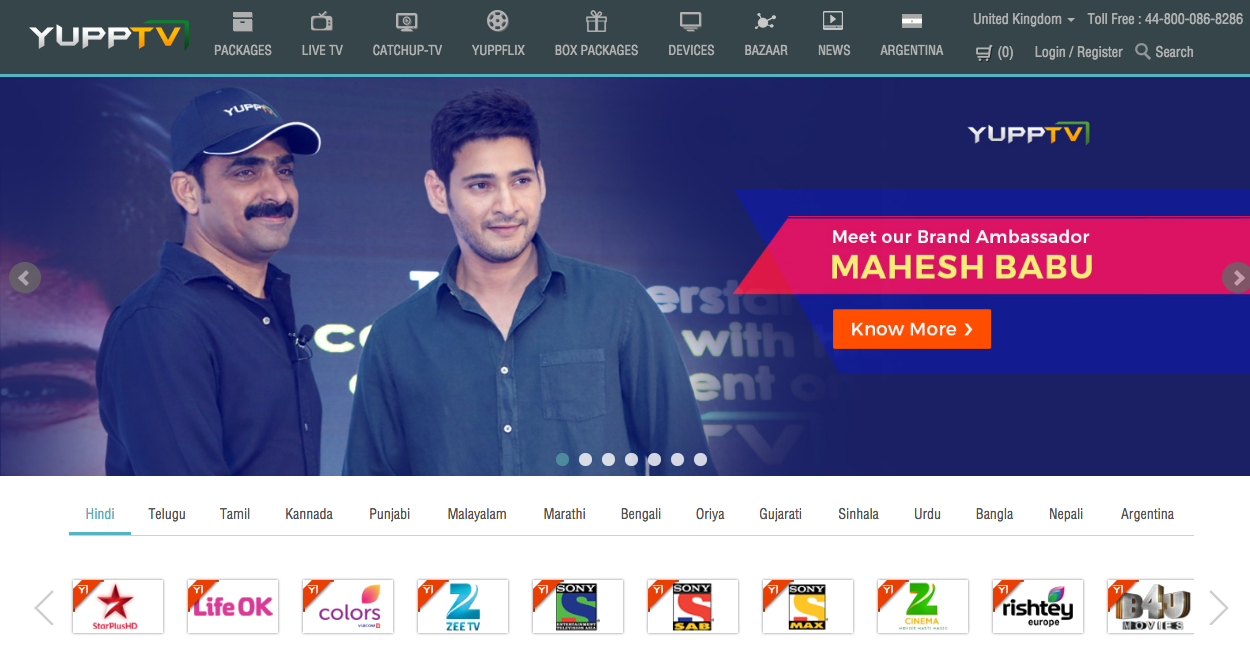 YuppTV, based in Atlanta in the US, provides live TV, catch-up TV and movies on-demand in 14 languages across the globe with a mix of South Asian content.

Emerald Media was set up last year by KKR and the Chernin Group, as part of their partnership agreement. KKR committed to invest US$300 million in the venture in November, with the Chernin Group’s Asian unit CA Media taking a minority stake.

YuppTV claims to reach 400 million homes globally, with over five million monthly visitors accessing the service. It’s available on 27 devices and reports a peak monthly traffic of 20 million visitors, and claims to have had over ten million mobile app downloads since launch, in addition to being pre-installed on 50 million Samsung TV sets and being downloaded to 300,000 LG smart TVs. It is also available on the Sony PlayStation PS3 and PS4 platforms.

The service provides over 250 live channels and has a catalogue of over 5,000 movies and 100 TV shows, marketed via on-demand movie brand YuppFlix. It has recently also invested in an advanced analytics-based recommendation system for live TV to improve the discoverability of its content.

YuppTV is primarily viewed by audiences in the US, UK, Middle East, Canada, Singapore, Malaysia, Australia, New Zealand and the Caribbean.  The service also recently launched in India, with a focus on the southern part of the country. In India it is also available via the Android Playstore.

The company raised its series A funding round from Poarch Creek Indian Tribe of Alabama in September 2015, and officially launched the following month.

“We couldn’t ask for a stronger partner than Emerald Media,” said Uday Reddy, promoter and CEO of YuppTV.

“YuppTV is a content distribution platform with a strong consumer connection, and Emerald Media has global media relationships. We hope to leverage their relationships and existing assets Endemol [Shine Group], OML, Fluence and Graphic India to create original programming and make this platform a next generation distribution and content powerhouse.”

“Emerald Media believes in driving change and value-creation by providing a distinctive combination ofcapital, domain knowledge and management bandwidth,” said Aiello. “The world is moving from traditional consumption to multiscreen delivery mediums. YuppTV provides a unique combination of technology, strong content relationships and revenues of scale and will be an anchor to our vision of building a new age media company.”