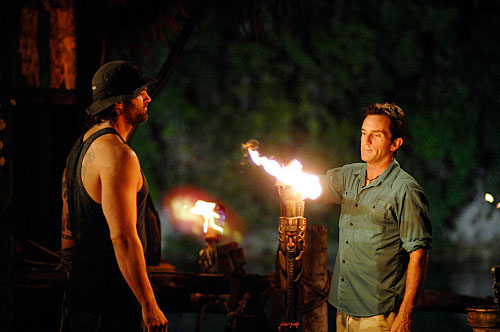 CBS has re-hired Ghen Maynard for the second time, this time to launch an unscripted division at its television studios arm.

The new post will see him establishing an alternative department, though CBS TV Studios is already producing Apple Music’s Carpool Karaoke and TBS series Drop the Mic, both of which were born out of The Late Late Show with James Corden and are produced in association with UK-based Fulwell 73.

This will be Maynard’s third stint with the Eye Network. During his first run, he took the pitch for pioneering reality series Survivor (pictured) and rose to senior VP of the CBS broadcast network, launching series such as Big Brother and The Amazing Race.

More recently, he has been an independent producer, working on projects for broadcast and cable networks in the US.

“Ghen has an outstanding track record in the unscripted arena, having developed some of reality television’s biggest hits,” Stapf said. “His creative instincts and strong relationships within the alternative community will be key as we grow our roster of unscripted hits and new formats.”

“I am very grateful to both Les [Moonves, CBS chairman and CEO] and David for the opportunity to build this exciting new venture at my old home, where I will get to work again with so many good friends.”

In related news, outspoken investor Mario Grabelli has suggested Moonves should be given five years to autonomously make a merger between CBS and Viacom work, should a deal come to fruition.

Grabelli is a major shareholder in both companies, which are controlled by the Redstone family through investment vehicle National Amusements.