Foxtel to close Presto after buying out Seven 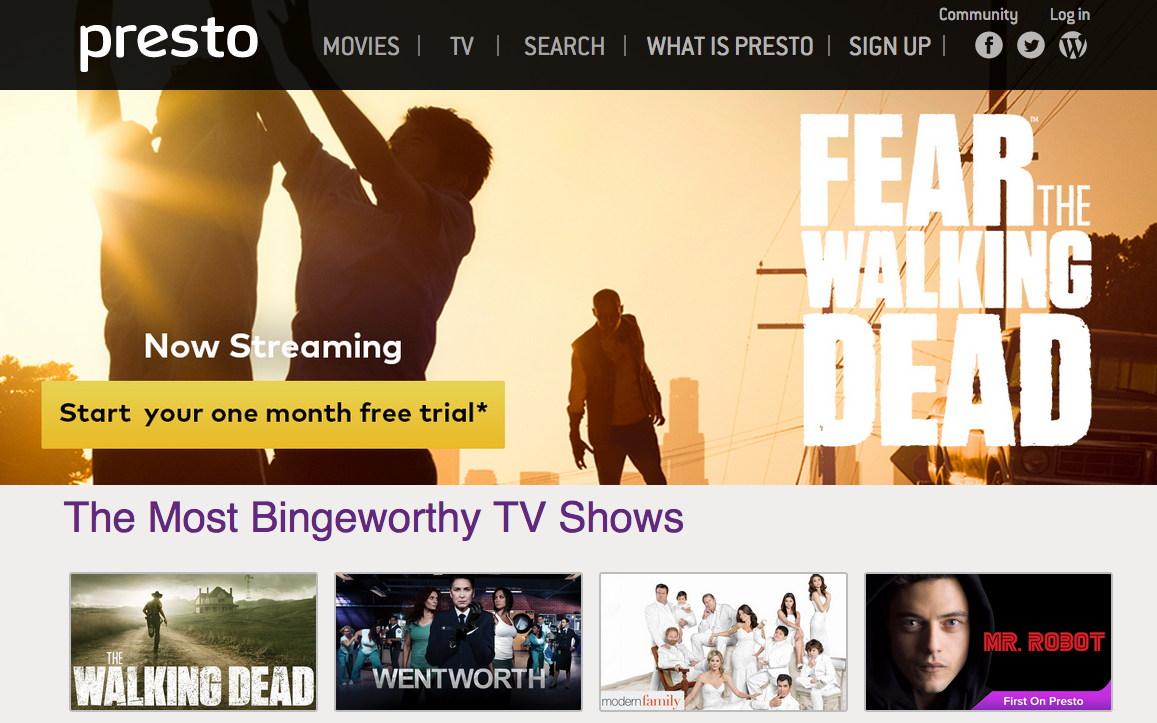 Presto will cease to operate on January 31, 2017, with its subscribers transferring to a new Foxtel Play product. They will be able to use the new platform from December.

Presto was not the only Australian SVOD service in the news yesterday, with US entrepreneur Erik Pence buying Quickflix for A$1.3 million (US$1 million) to take it out of administration.

Financial terms of Foxtel’s deal to buy out Seven’s stake in the business were not revealed, but Foxtel CEO Peter Tonagh and Seven West Media CEO and managing director Tim Worner pointed to on-going programming and production partnerships between the companies.

To that end, Presto and Foxtel Play subs will soon have access to two upcoming Home and Away specials.

“The production of these Home and Away specials underlines the ongoing partnership between Foxtel and Seven West Media on content production for new consumer services,” Foxtel said in a statement.

The news brings to an end a JV that began just over 18 months ago, when Seven Network’s parent bought its 50% stake. However, reports surfaced in August that the commercial free-TV broadcaster was planning to pull out in the face of pressure from market leader Netflix and Fairfax Media/Nine Network JV service Stan.

Quickflix, meanwhile, has had a much rougher time than its local rivals. Its shares were permanently suspended from the Australian Stock Exchange in August, having gone into voluntary administration in April.

Karma Media Holdings has now bought the business, with LA-based Pence taking over as MD. Quickflix will get A$700,000 to develop the service.

“The result is a good outcome for stakeholders,” said joint voluntary administrator Jason Tracy. “Under new control, the Quickflix business will continue to trade, 24 employees will be retained, departing or already departed employees will receive all relevant entitlements, creditors will get a return and suppliers will have the option of trading with the continuing business.”