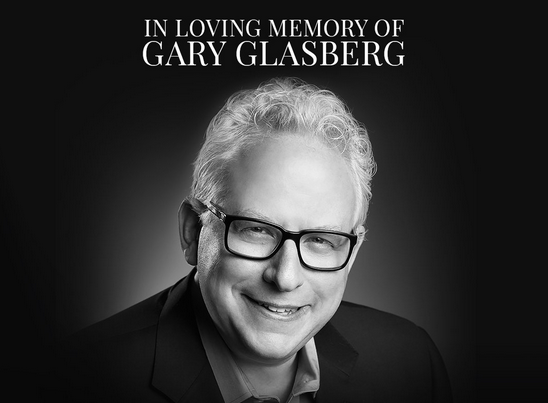 US television is today mourning the passing of NCIS showrunner Gary Glasberg.

The much-liked executive, who has led TV’s most-watched drama since 2011, died in his sleep over night at the age of 50.

Tributes have been flooding in for the New York-born producer who also created spin-off NCIS: New Orleans.

“Gary was our rock, our cheerleader, our team captain,” the NCIS crew and cast said in a statement. “He inspired us with his leadership, his creative instincts and keen insight. NCIS will not be the same without him, and each of us will miss his smiling face and unwavering humour, which lifted us every day.”

CBS Entertainment president Glenn Geller said it was “an overwhelmingly sad day for NCIS, CBS and anyone who was blessed to spend time with Gary Glasberg”.

Beginning his career 20 years ago, writing comic books and animation scripts for the likes of Disney, Nickelodeon, Fox and Hanna-Barbera. Then went on to write for network shows such as The Mentalist and Shark for CBS, and Crossing Jordan, The $treet and Bones.

Glasberg joined NCIS as a co-executive producer and writer in 2009. He took over as showrunner in 2011, which for five years he helped become the number one rated drama in the US and the most-watched drama in the world.

“We are devastated by the passing of our dear friend and colleague Gary Glasberg,” said David Stapf, president of NCIS prodco CBS Television Studios. “He epitomised the word mensch and brought kindness, integrity and class to everything he did. His remarkable talent as a writer and producer was only matched by his ability to connect with people.

“Gary was a beloved member of our family and we are so honoured that he called CBS his home for so many years. Our hearts go out to his wife, Mimi, two sons, his entire family and all those who loved him.”