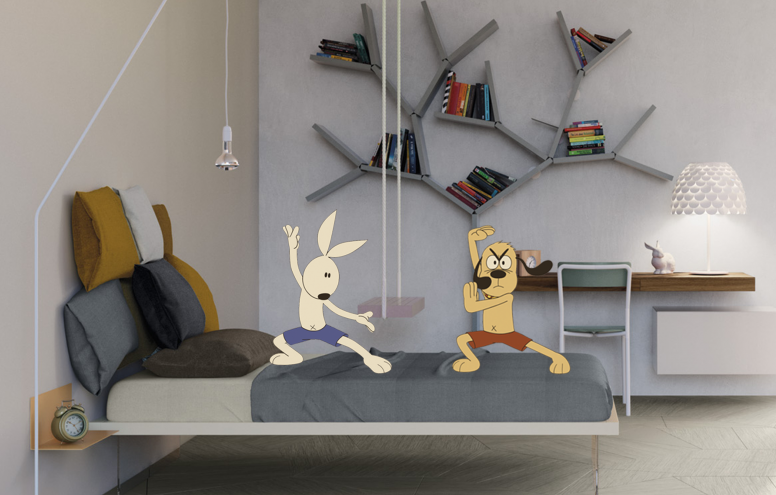 Projects from France and Ireland made up a big proportion of the most-attended pitches at this month’s Cartoon Forum event in Toulouse.

A France-UK copro, Enchanted Sisters, from Cyber Group Studios and The Jim Henson Company was eighth (244), followed by Spain-France effort The Wind-Ups, from Leonstudio and Autour de Minuit (233).

Love, Passion and a Pontiac Bonneville, from France’s Pixies Cinema (232) in ninth, with France-Switzerland copro Vanille, from Folimage Studio and Nadasdy Film, completing the top ten (228).

Kung Fu Brothers – a 78x7mins spot-motion, hybrid animation series about a bunny and dog who find their master’s home comes to life when he goes to work – also had the most investors in attendance (120),

Millie & Zoo, from the UK’s Blue Zoo Animation, and Mushables, from France’s La Cabane Productiojns and Belgium’s Thuristar, were joint-ninth with 78.

Cartoon Forum this year ran from September 13-16 in Toulouse, featuring 80 projects, mostly from Europe. Organiser CARTOON has provided TBI with the following figures from the event: 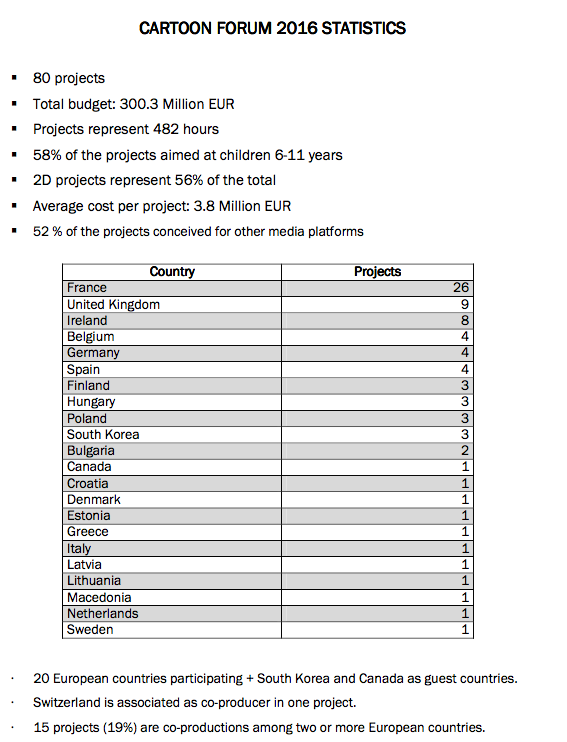 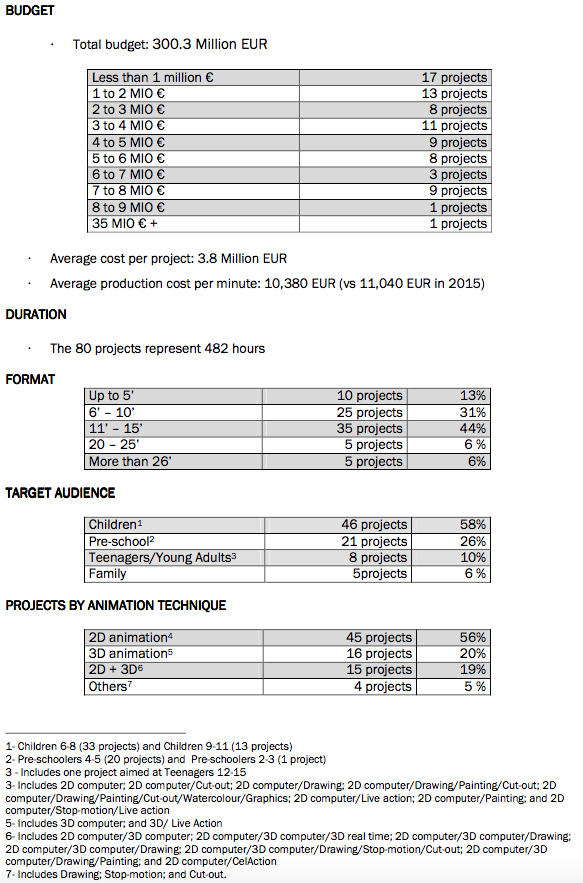