Google is reportedly gearing up to launch a new 4K version of Chromecast and its new Google Home speaker device at its planned October 4 event. 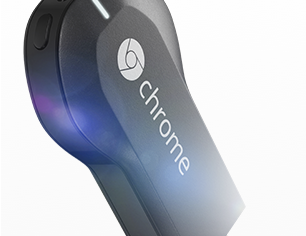 According to an Android Police report, which cites two sources, the 4K Chromecast Ultra will retail at US$69 and Google Home at US$129.

The devices will likely be announced alongside the much-rumoured new Google Pixel phones, which are expected to be the first on the market to run Google’s Daydream VR platform.

Last week Google teased the October 4 event with a website and tweet that carried the tagline ‘made by Google’ and showed the outline of a phone.

In a Tweet sent over the weekend, Google’s senior vice-president of Android, Chrome OS and Google Play, Hiroshi Lockheimer, said: “We announced the first version of Android 8 years ago today. I have a feeling 8 years from now we’ll be talking about Oct 4, 2016.”

Google first teased Google Home, a rival to Amazon’s Echo home speaker device, at its I/O developers conference in May. At the same event it also revealed details of Daydream.

The VR platform will encompass smartphones, a reference design for a headset and controller, and apps, Google’s vice-president of virtual reality, Clay Bavor, said at the time.

Google has developed a reference design and is working with partners to develop headsets that will “work seamlessly with Daydream-ready phones” – several of which will also be available this autumn, said Bavor.

Google is currently on its second generation of Chromecast, after launching an updated version of the video streaming device, along with a Chromecast Audio device for music and audio streaming, in September 2015.

IHS stats published this summer claimed that there were over eight billion connected devices globally at the end of 2015 and that Chromecast out-shipped Apple TV in the first quarter of this year.