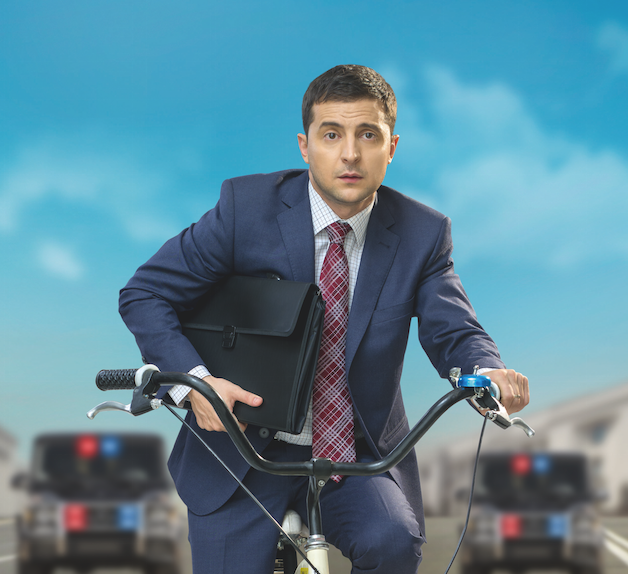 Netflix has acquired Servant of the People and the hit Ukrainian comedy drama will play on the SVOD operator’s international services.

It has landed a show currently in the news, after Fox optioned it last week, with a view to making a US version.

Today’s deal is global, meaning Netflix will bring the original version of the show to international viewers ahead of any US version getting underway.

Ron Howard and Brian Grazer prodco Imagine Entertainment will make the US version of the show, which follows an ordinary teacher who, after venting his spleen at the state of the country in a YouTube video, is persuaded to run for president.

He wins the election, and the series follows his new life running the country.

Eccho Rights distributes the format and finished show and struck the Fox deal. The original show is produced by Ukrainian prodco Kvartal 95, which is now making season two and a Servant of the People feature film.

Vladimir Zelenskiy, co-founder and creative producer of the prodco said: “We are very proud to be the producers of the Ukrainian series [for which] Netflix acquired the worldwide.

“This deal demonstrates to the world that Ukraine can produce good content for a worldwide distribution and opens new opportunities for Ukrainian productions. Since the story is universal and understandable to people from all over the world, we believe that millions of Netflix viewers worldwide will enjoy watching the series”.