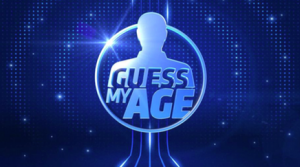 Vivendi’s formats division, Vivendi Entertainment, has shopped its Guess My Age format to ARD in Germany.

The German pubcaster has ordered a 15-episode local version of the show and will air it weekly from December. Banijay’s Brainpool will produce the show.

Their pot of money decreases in line with the difference between their estimate and the contestants real age. They can get clues and hints along the way, with five rounds stages building to a sixth and final round.

The studio gameshow was developed by Vivendi and prodco Tooco. In France it plays on Canal+ DTT channel C8, which has just extended a second season order for the format by 40 episodes.

Vivendi’s Flab Productions makes the C8 version of Guess My Age. Vivendi launched the format at MIPTV and it has sold it to broadcasters including TV Joj in Slovakia, which launched its Paprika Lation-produced version last month.

It has also been piloted in Italy, with Banijay’s Magnolia TV producing. Vivendi is a shareholder in the Banijay Group and has also teamed with it on other local versions of Guess My Age, with the latter optioning it 15 countries in all including the US and the UK.

Arnaud Renard, Vivendi Entertainment’s executive VP, creative affairs, said: “From the very beginning, we believed Guess My Age had the potential to become a global format. The show’s efficient and highly addictive gameplay speaks to every viewer from 7 to 99. That’s why so many broadcasters and producers fall in love with it.”