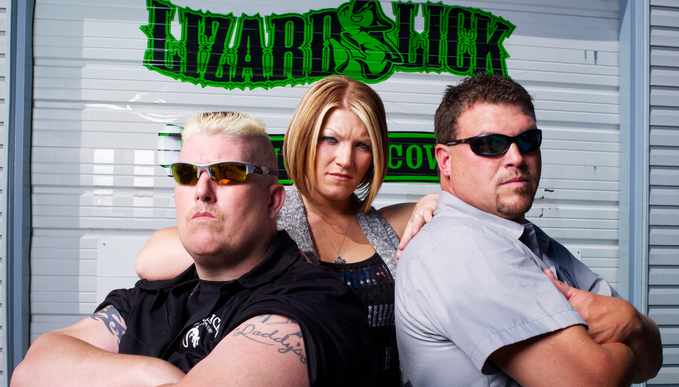 UKTV channel Dave is bringing the stars of US reality show Lizard Lick Towing to the UK in a new ten-part series.

Lizard Lick Touring will see ordained minister Ron Shirley heading to the UK to find classic and luxury automobiles to ship back to the States.

British entertainment network Dave has already successfully adapted US auction format Storage Hunters for the British audience, and is hoping for a similar result with Lizard Lick Touring.

Dave general manager Steve North said the commission was a “perfect fit” for his channel, which was “the natural home for this hugely entertaining show”.

Dave already plays the original Lizard Lick Towing (pictured), which ran to four seasons between 2011 and 2014 on truTV in the US, having spun out of another reality series, All Worked Up.

Lizard Lick Touring is one of two shoulder peak series revealed this morning at a UKTV Live event in central London. The other is Used Car Wars (WT, pictured below left), an original series from Renegade Pictures in which two Derby second-hand car sales rooms go head-to-head in each episode.

It will run to ten episodes, and along with Lizard Lick Touring sit in shoulder peak with Joys of Tech, which TBI reported on yesterday. 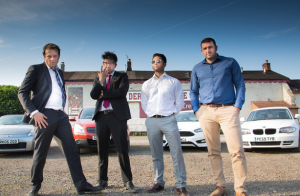 Other new UKTV series revealed today include We Have Been Watching, a 6x60mins series from Crook Productions for comedy network Gold. It will explore classic comedy clips with insight from comedians, writers and actors.

Dr Christian Will See You Now (WT), meanwhile, is for W and runs to eight hours. The fixed rig format is from Firecracker Films, and will see Dr Christian Jessen diagnosing desperate patients through a bespoke, team approach.

“UKTV originals are growing exponentially in terms of the number of hours produced and the genres we’re commissioning in,” said Richard Watsham, UKTV’s director of commissioning.

“We increased our programming spend by 20% in 2015 and it continues to rise. Ratings are growing too with commissions providing four of the top six shows of 2015 and further success in 2016 with strengthening figures for smash hit Taskmaster and two record breaking David Haye fights peaking at over 3.2 million viewers.”