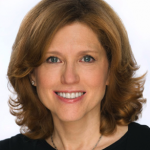 She will become head of animation TV at the merged group, reporting to NBCUniversal Filmed Entertainment Group chairman Jeff Shell.

She had joined DWA as its first head of television in 2013 after leaving Nickelodeon, where she had been president of content development at the culmination of a 26-year stint.

This comes on the back of Comcast-owned NBCUniversal buying DWA for US$3.8 billion.

Already explicit was DWA founder Jeffrey Katzenberg stepping back from running the company. He will become chairman of DreamWorks New Media and a consultant to NBCU.

His DWA number two, president Ann Daly, is also leaving the business, it has now emerged. She will serve as an advisor while the firm’s transition.

Running the Universal Filmed Entertainment’s animation efforts, including the DWA assets, will be Bonnie Arnold and Mireille Soria. They report to Universal Pictures chairman Donna Langley.

“The DreamWorks Animation brand brings with it a cachet that few family entertainment companies can match,” said NBCU vice-chairman Ron Meyer, Shell and Langley in a joint statement.

“As we integrate its operations into Universal Filmed Entertainment, we are confident the first-class team we’ve put in place to lead various segments will build on that great tradition of success across film, television and related businesses.”