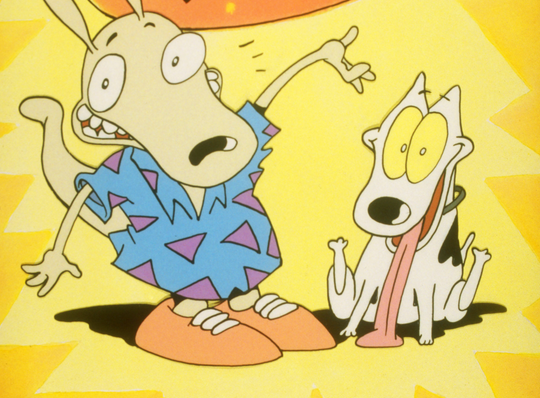 Nickelodeon is reviving another classic animated property to celebrate the 25th anniversary of Nickelodeon Animation.

The Viacom-owned US network has ordered a one-hour special of the acerbic Rocko’s Modern Life, with creator Joe Murray on board.

The original series aired from 1993 to 1996, and followed an Australian wallaby and his companions as they had adventures in the fictional O-Town.

“What I have found by bringing these characters back is that it’s not so much about nostalgia, but a sense that they still feel relevant and fresh to me, and after 20 years, they can’t wait to comment on modern life in the 21st century. They still have a lot to say,” said Murray.

Rocko’s return marks the third classic Nick animation to get a revival in recent times. Already slated for 2017 is a telemovie version of Hey! Arnold, titled Hey! Arnold: The Jungle Movie and TV film of action-adventure series Legends of the Hidden Temple.

“Following our news about Hey Arnold! and Legends of the Hidden Temple, greenlighting a Rocko’s Modern Life TV special is another strong example of how we are bringing our library content back for both new audiences and the generation that grew up on them in the nineties,” said Chris Viscardi, senior VP, content development, Nickelodeon Franchise Properties.

Viscardi took on his post at Nick last November, with that announcement compounded by news of Hey! Arnold’s return.

In related news, the Nickelodeon Play app will soon launch in Singapore via the SingTel platform. It will be made available on the pay TV ‘Kids Pack’ section of SingTel’s new Cast app.