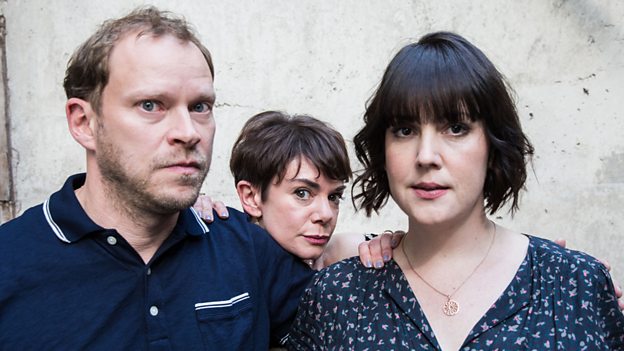 Our Ex Wife, We the Jury and The Coopers Vs the Rest will comprise part of the BBC Landmark Sitcom Season, which plays across BBC One, Two and Four and includes reboots of Porridge and Are You Being Served? among others.

“Hate-filled comedy” Our Ex Wife (pictured) follows Robert Webb (Peep Show) as a divorcee who has found happiness with a new fiancée (Melanie Lynskey), only for his unhinged ex-wife and mother of his children to enter the scene, determined to wreck the relationship.

The Simpsons writer Julie Thacker Scully is writer and creator, with Ben Taylor (Catastrophe) directing. James Farrell (Are You Being Served?) developed it and produces, with BBC Studios executive producers Stephen McCrum (Josh) and Chris Sussman (Cuckoo, People Just Do Nothing) attached.

Court duty-themed comedy We the Jury follows a mismatched group of jurors, who constantly get distracted from the murder trial on which they are supposed to focus.

The Coopers Vs the Rest is a family comedy starring Tanya Franks (Pulling) and Paterson Joseph (Peep Show) as they raise three adopted children.

“These three brand new sitcom specials are the fresh out of the oven part of our landmark sitcom season,” said BBC controller, comedy commissioning Shane Allen. “Underpinning BBC Two’s comedy reputation for the eclectic and diverse, they are sharply written and terrifically cast treats with a very contemporary heart to them, except in the case of We the Jury, which is just infectiously and joyfully daft.”

Also on the ‘New on Two’ strand is Merman and Delightful Industries coproduction Motherland and BBC Studios’ Home From Home.

Tags: BBC Studios, BBC Two, Big TalK Productions, Motherland, Our Ex Wife, The Coopers Vs the Rest, We the Jury