Brexit could be ‘global opportunity’ for kids TV 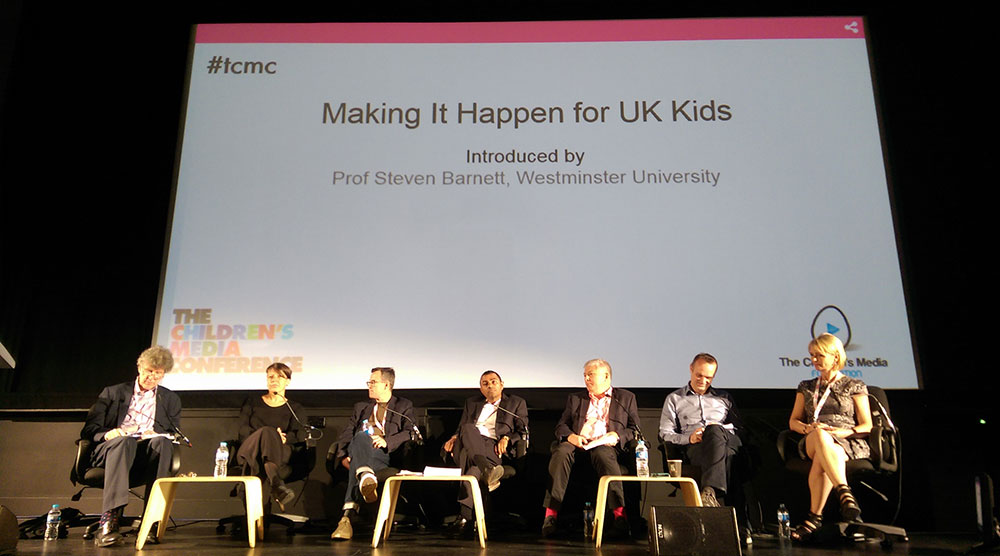 The UK’s decision to leave the European Union could hand a “global opportunity” to kids content companies, according to a number of senior executives.

The UK children’s television business was thrown into uncertainty by the unexpected Brexit result, which will see the UK leave the EU at an unspecified point in the future.

While some sources suggest this will damage local production and distribution, BBC Children’s director, Alice Webb (pictured), said today that her conversations with international players reveal they “want to do more” in kids content, and that it would not “take long to come back to the UK” because of its world-class production reputation.

“There’s a lot to feel confident about despite the uncertainty ahead of us,” added Webb, who was speaking on a panel at the Children’s Media Conference today on the same morning she was also handed control of BBC North.

Executives from Nickelodeon and Turner Broadcasting System both separately told TBI there would be no “immediate impact” on their UK programming and commissioning plans due to Brexit. Both US companies have significant operations in London.

Elsewhere in the CMC Question Time–style ‘Making it Happen’ session, Little Dot Studios co-founder and CEO Andy Taylor was also keen to look for positives, claiming: “Everybody wants UK content”, and adding: “The striking thing about kids [TV] is how resilient the sector is.”

He also said VC investors in the kids technology space were “relaxed”, as they “already invest in high risk markets that are subject to change”.

Kids TV in the UK has struggled financially over the past decade, despite tax credits helping get shows into production, with a Pact and Ragdoll foundation study last year finding commercial PSB spend had fallen 95% between 2003 and 2013. Therefore, international partners and coproduction have become an important and steady element in the business, and the threat to this has been cited as major threat of Brexit.

However, Cat Lewis, managing director of Manchester-based prodco Nine Lives Media, said potential restrictions on freedom of movement potentially had bigger implications. “Coproductions are not governed by the EU, so shouldn’t be affected,” she said.

Sources at the CMC today said they had been briefed at access to funding from media body Creative Europe would remain as before the vote for the time being. A brief update from the body told producers it was “business as usual”, which tallies with anecdotal evidence from prodcos in the drama and factual spaces.

The UK will have to look to other parts of the world for investment in any case, the panelists agreed. “Kids don’t care about boundaries like ‘Europe’ or ‘America’; they care about their passions and will follow their passions,” said Webb.

Lord Waheed Alli, founder of Octonauts prodco Silvergate Media said companies would have to look to emerging territories such as China or India for copros. “We’ve had to deal with the complexity of lack of funding as producers,” he said. “We’ve become good at complex coproduction deals – as a sector we have those skills, we just need to go to different markets, [and] do more things we don’t like doing to keep doing what we do.

“What we have to do very quickly as a sector is dust off and move on.”