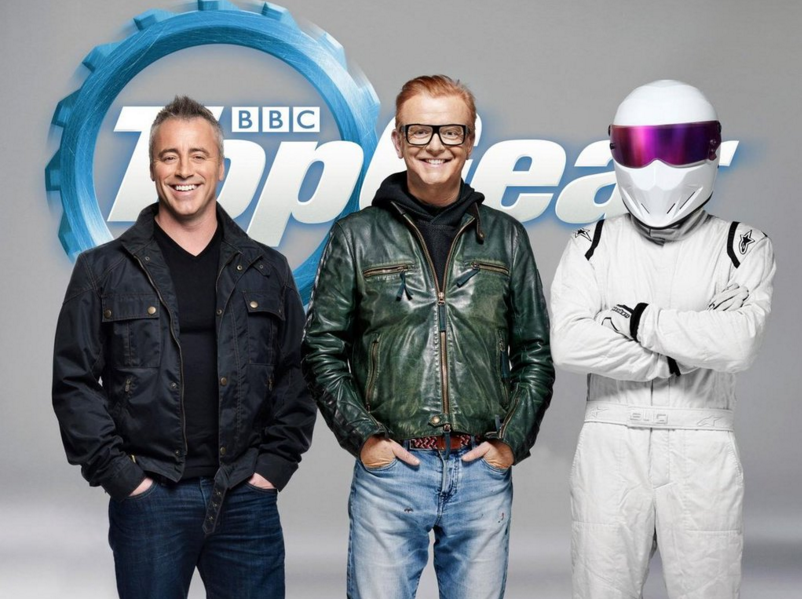 The commercial arm of the BBC has rejected fears over the future of motoring series Top Gear after lead presenter Chris Evans (above middle) resigned after one season.

The format has been a key revenue generator for the UK pubcaster internationally, meaning this week’s developments could cause significant concern among both sales acquisitions executives.

However, TBI understands season 24 is already in pre-production at the UK’s pubcaster, with the remaining presenting line up – Matt LeBlanc, Sabine Schmidt, Chris Harris, Rory Reid and Eddie Jordan – returning. There may be “minor tweaks” to the format”, according to one source.

Revealing Evans’ exit yesterday, BBC Studios director Mark Linsey said the new season, which recently ended in the UK, had sold to 130 territories worldwide. TBI understands the final season of the previous presenter line up – Jeremy Clarkson, Richard Hammond and James May – had sold to 89 at the equivalent point in its run.

An internal source indicated no international clients have expressed concern, and a BBCWW spokesperson said: “We remain extremely confident about the ongoing position of Top Gear.”

Evans was the big name presenter announced to replace Jeremy Clarkson, Richard Hammond and James May, who had left last year after Clarkson was involved in an altercation with a producer.

He was heavily involved in a revamped format, which included Friends star LeBlanc as co-host and more studio segments.

However, ratings of season 23 on UK terrestrial BBC Two were down considerably on Clarkson’s final seasons – though the UK’s pubcaster claims it notched 30 million views in Britain.

This pilled pressure on Evans, who was accused of clashing with producers, including long-time collaborator Lisa Clark, who left her executive producer role. There were also reports of friction with LeBlanc.

It then emerged British police were investigating a sexual assault claim against Evans dating back to the 1990s, when he was the presenter of anarchic Channel 4 morning series The Big Breakfast.

“Chris is stepping down from his duties on Top Gear,” he said. “He says he gave it his best shot doing everything he could to make the show a success. He firmly believes that the right people remain, on both the production team and presenting team to take the show forward and make it the hit we want it to be.”

“I have never worked with a more committed and driven team than the team I have worked with over the last twelve months,” said Evans in a statement. “I feel like my standing aside is the single best thing I can now do to help the cause.

“I remain a huge fan of the show, always have been, always will be. I will continue to focus on my radio show and the allied events that it encompasses.”

The news comes soon after History cancelled the American version of Top Gear after six seasons.

It also closely follows Kate Phillips being named controller, entertainment commissioning at the BBC. This gives her control of the future of Top Gear in the UK.