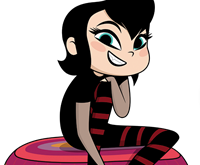 Disney Channels Worldwide has acquired Hotel Transylvania: The Television Series, which comes from Canada’s Nelvana and Sony Pictures Animation in the US.

The 26x22mins series is based on the film franchise, which has grossed more than US$820 million at the worldwide box office.

It will air on Disney Channel in the US, Europe (excluding Germany), Latin America, Australia and New Zealand, Africa, the Middle East and Africa in 2017.

In Canada, it will roll out on Disney Channel platforms, which Nelvana parent Corus Entertainment operates locally due to channel ownership rules.

Sony Pictures Television has distribution rights in the US, with Nelvana Enterprises shopping it elsewhere.

“We know the Hotel Transylvania TV series will be in great hands with a strong global broadcasting partner like Disney, and look forward to audiences worldwide discovering the hilarious unknown adventures of a younger Mavis and her monster pals in a new adventure as we expand the franchise into television,” said Sony Pictures Animation executive producer Rick Mischel.

Hotel Transylvania 3 is slated for a cinema release in September 2018.

In further Sony news, its animation division is planning a TV version of the rebooted Ghostbusters series. Ghostbusters: Ecto Force will debut in 2018.