Curb Your Enthusiasm returns to HBO 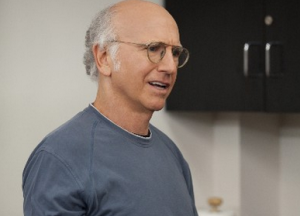 US premium cable channel HBO is bringing Larry David and his comedy Curb Your Enthusiam back for a ninth season.

The series, which stars David as a fictional version of himself living in LA, currently runs to 80 episodes, but has offered new episodes since 2011.

The news is a boon for Time Warner-owned HBO, which has endured a rocky time of late with the exits of drama chief Michael Ellenberg and programming president Michael Lombardo.

Casey Bloys, who was named HBO’s president, programming after Lombardo’s exit, said: “We’re thrilled that Larry has decided to do a new season of Curb and can’t wait to see what he has planned.”

Asked why he was returning to the show, Seinfeld creator David said: “In the immortal words of Julius Caesar, ‘I left, I did nothing, I returned’.”

Since Curb’s exit from screens five years ago, David created a HBO film, Clear History, in 2013.

The news follows announcement of two drama pilots, Succession and Mogadishu, Minnesota, which were the first programming moves since Bloys took charge.